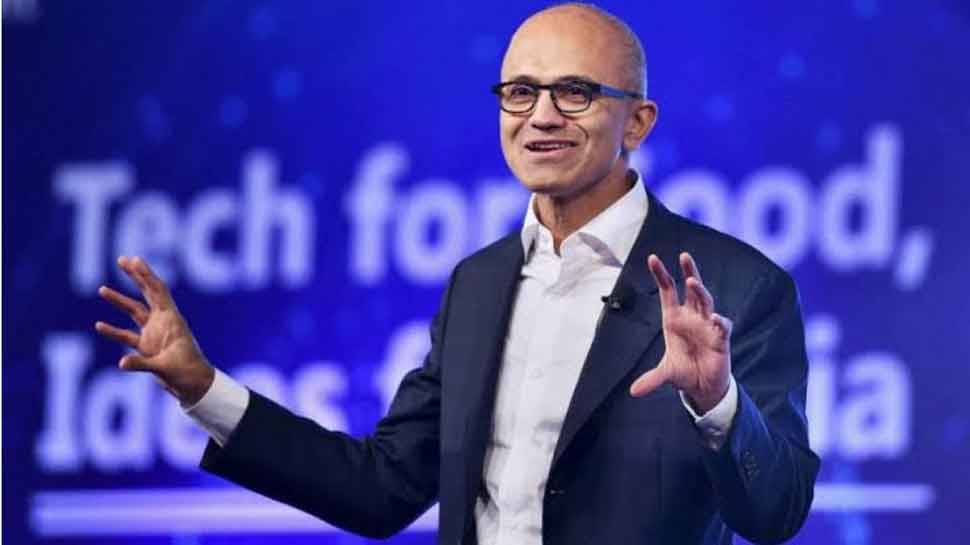 "Key to his leadership style is a willingness to delegate, particularly to three powerful members of his management team: president Brad Smith, who runs policy and legal affairs; Amy Hood, Microsoft`s chief financial officer; and chief people officer Kathleen Hogan. Each cuts a wide swath in areas many CEOs call their own, a state of affairs that suits Nadella just fine," the news magazine reported.

Nadella took over as Microsoft CEO from Steve Ballmer in 2014.

According to the company`s independent directors, "Nadella`s strategic leadership, including his efforts to strengthen trust with customers, drive for a company-wide culture change, and successful entry and expansion into new technologies and markets".

Under Nadella`s leadership, Microsoft is unstoppable. The recent $10 billion Pentagon Cloud contract win over Amazon Web Services (AWS) is tantamount to the fact that Nadella is hell-bent to make Microsoft the best tech company in the world.

For its entire fiscal year 2019, Microsoft reported revenue of $125.8 billion which increased 14 percent and $39.2 billion net income -- setting a new record fiscal year for the company.

Microsoft that continues to be valued as a $1 trillion company returned $7.7 billion to shareholders in the form of share repurchases and dividends in the fourth quarter of the fiscal year 2019.

In the Fortune`s list, Elizabeth Gains, CEO of Perth-based Fortescue Metals Group was at the second spot, followed by CEO of Chipotle Mexican, Brian Niccol.

"In a year dominated by political chaos and bluster, it was a rare brand of steady -- even quiet -- leadership that won the day in the business world. And no one epitomises that brand of obsessively results-driven, team-based leadership more than our new No. 1 Businessperson of the Year," Fortune said.

Fortune said Nadella, a computer scientist, was "neither a founder like Bill Gates, nor a big-personality sales leader like his predecessor, Steve Ballmer when he was named the "surprise choice" to lead Microsoft in 2014.

Nadella was also listed among the top 10 best-performing chief executives in the world in the Harvard Business Review (HBR) list in October.

Ullal who joined Arista from Cisco in 2008, has turned the company into a specialized market leader in Ethernet switches and open-source cloud software.