The 30-year-old picked all five wickets within a span of just 27 balls after play resumed post lunch, while conceding just four runs. 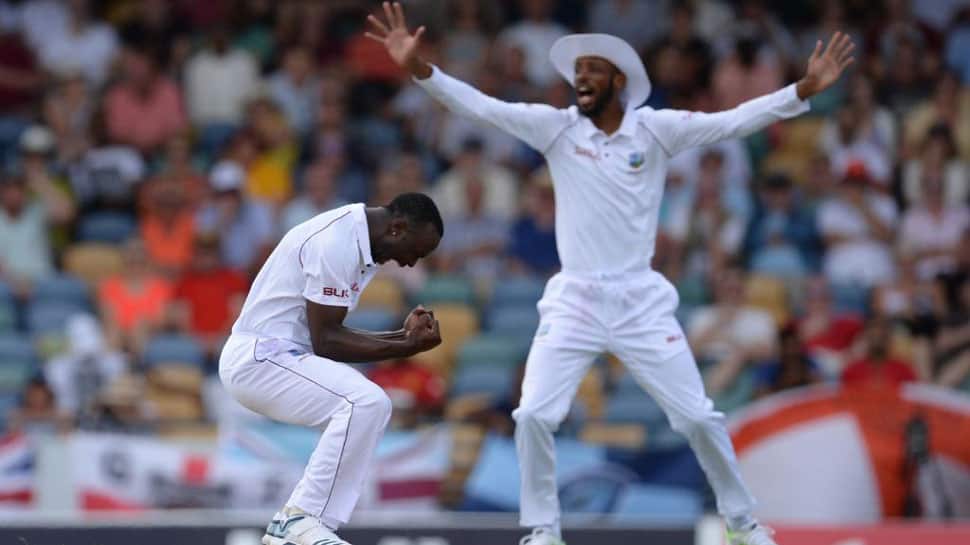 Fast-bowler Kemar Roach made his presence felt with an excellent performance against England, picking five wickets for 17 runs, to help the Windies dismiss their opponents for 77 on the second day of the opening Test at Bridgetown on Thursday.

The 30-year-old picked all five wickets within a span of just 27 balls after play resumed post lunch, while conceding just four runs. Roach's heroics resulted in an incredible collapse for England who were comfortably poised at 30/1 at one stage, before being dismissed for 77.

England are all out for 77, their fourth-lowest total against the Windies. Kemar Roach was the star for the home side, collecting extraordinary figures of 5/17.

English skipper Joe Root who has usually been a reliable performer with the bat, failed to make much of an impact, after being adjudged LBW for just four following a delivery by Jason Holder.

The visitors recorded their lowest ever score at Bridgetown, as well as their fourth lowest total against the Windies, following this abysmal performance.

The hosts who opted to not enforce a follow on, ended the day's play at a score of 127/6 as well as a lead of 339 runs, having kicked off the second innings with a lead of 212 runs.