As India chased Australia's mammoth total of 389, Moises Henriques took a jaw-dropping catch to dismiss Virat Kohli for 89. The catch was vital as India lost wickets in quick succession after that, losing the game by 51 runs. 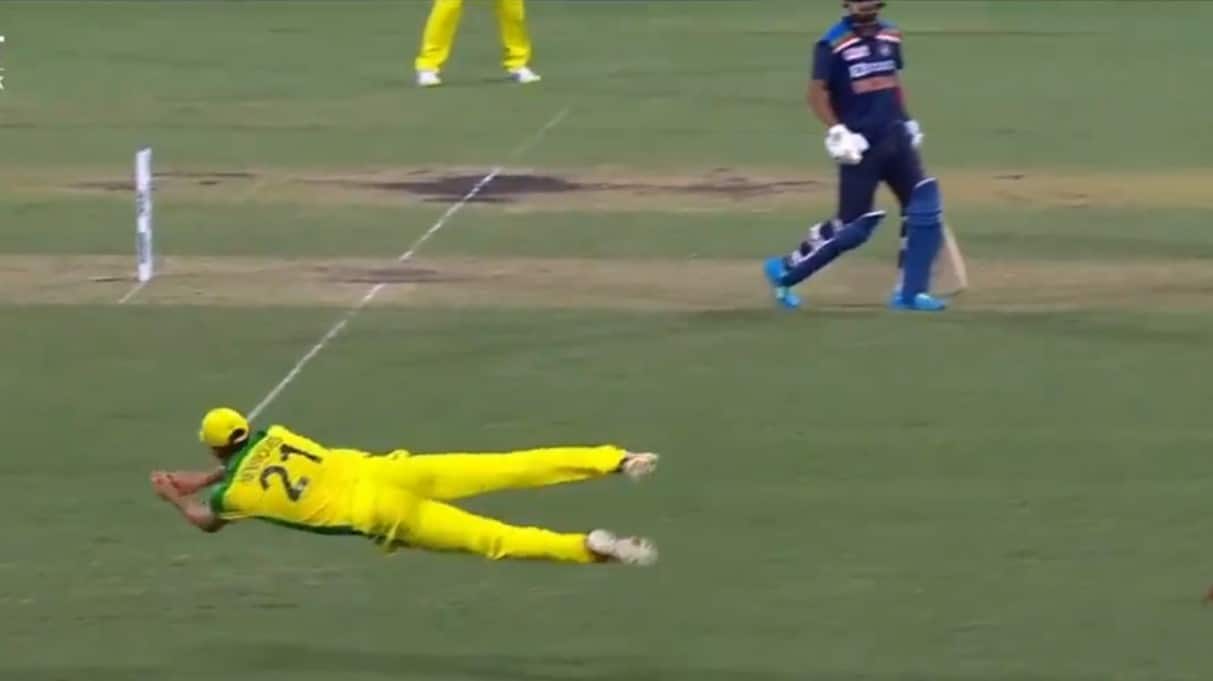 Australian all-rounder Moises Henriques justified his inclusion in the Australian playing XI by taking a breath-taking catch to dismiss India skipper Virat Kohli in the second ODI at Sydney. Henriques had been brought into the side as a replacement for the injured Marcus Stoinis.

Batting first, Australia had posted a mammoth 389/4 on the board. Steve Smith scored his second successive ton (104 off 64 balls; 4x14, 6x2) in the game as the Indian bowlers were thrashed all across the SCG. Glenn Maxwell launched the fireworks at the death, playing a rapid-fire knock off 63* from just 29 balls.

In reply India skipper Virat Kohli looked in good nick, keeping India in the game at 225/3 in 34 overs. Kohli, looked on course for his 44th ODI hundred, but was denied after an absolute brilliant bit of fielding from Moises Henriques.

Henriques’ acrobatic effort to dismiss Kohli can be seen in this video:

In the 35th over, Josh Hazlewood bowled one just short of the good length mark and Kohli tried to slam a pull across the midwicket region. While Kohli had placed the ball well, Henriques dived full length to his left to give Australia the crucial breakthrough – effectively sealing the fate of the game.

The target of 390 runs proved a little too steep in the end as India managed 338/9 from their quota of overs – losing the game by 51 runs. If Kohli, the master of run chases, had stayed at the crease till the end, the outcome of the match could have been different.

On a personal note, Kohli completed 22,000 runs in international cricket. Incidentally, it was also his 250th ODI.

India, however, have already lost the three match ODI series with this loss. They will be playing for pride in the dead rubber of a third ODI, at the Manuka Oval on Wednesday (December 2).