Ben Stokes made his presence felt, stitching a partnership of 110 runs with Jos Buttler following the dismissal of skipper Eoin Morgan. 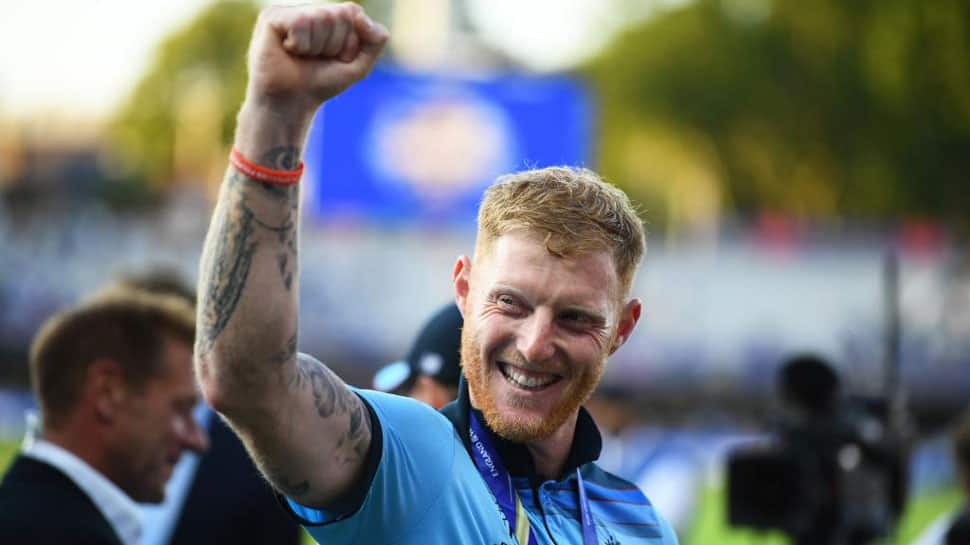 English all-rounder Ben Stokes helped his side lift their maiden ICC World Cup trophy, following an excellent performance in the final of the ICC Cricket World Cup 2019 against New Zealand at Lord's, London on Sunday.

New Zealand skipper Kane Williamson won the toss and opted to bat. The Kiwis were restricted to 241 runs for the loss of eight wickets in 50 overs, following an excellent performance by the English bowling attack led by Chris Woakes.

In turn, the hosts were restricted to 71/3 in 19.3 overs on the back of a fine start by pacers Matt Henry and Lockie Ferguson, with all-rounder Colin de Grandhomme accounting for the dismissal of Joe Root. In stepped Ben Stokes who made his presence felt, stitching a partnership of 110 runs with Jos Buttler following the dismissal of skipper Eoin Morgan.

This partnership helped England make a comeback in the clash with Stokes who remained unbeaten on 84 runs off 98 deliveries, keeping the hosts in the hunt till the last delivery. England were ultimately bowled out for 241 in 50 overs, resulting in a super over.

England sent Ben Stokes and Jos Buttler as their opening batsmen for the super over, with Trent Boult handed the ball by New Zealand. Stokes further made his presence felt during the super over, leading the side on a score of 15, smashing a boundary into the gap at cow corner.

New Zealand failed to chase down the target of 16 following a run-out off the final delivery, finishing on 15 with England declared as the winners on the basis of boundary count. Ben Stokes has now scored 2682 runs in 95 ODI matches at a strike rate of 93.94 and average of 40.64 for England.