The Hobart Hurricanes will kickstart their campaign against the Sydney Sixers at Traeger Park on December 20. 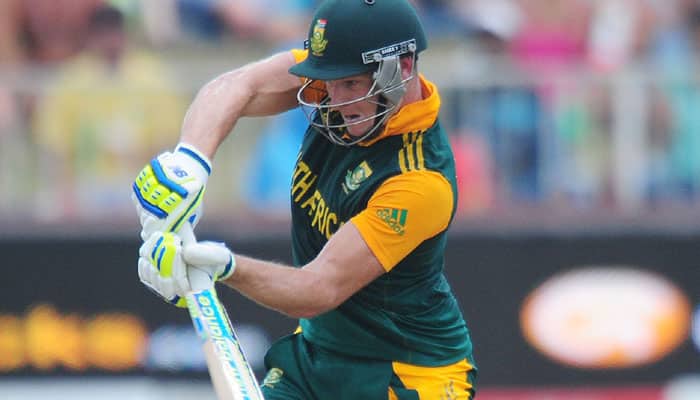 South African batsman David Miller has been roped in by Hobart Hurricanes for the upcoming 2019 edition of the Big Bash League (BBL), which is slated to take place from December 17 to February 8.

Confirming the news,  Hobart Hurricanes said that the 30-year-old will be available to play in all 14 home and away matches of the lucrative Australian T20 tournament before he would make a return to the national side.

Cricket Tasmania CEO Nick Cummins, meanwhile, was excited to have a player David's calibre on board for the Hurricanes. He further remained hopeful that Miller would provide valuable runs to the Hurricanes and help the side reach the final of the BBL for third time in a row.

"It's very exciting to welcome a player of David's calibre to the Hurricanes,"Sport24 quoted Hurricanes as saying.

"We expect to lose some batting experience throughout the season, so David will provide valuable runs in our drive to our third successive finals campaign," he added.

Notably, Miller has appeared in a total of 126 One-Day Internationals and 72 T20s for South Africa so far.

The Hobart Hurricanes will kickstart their campaign against the Sydney Sixers at Traeger Park on December 20.