West Indies leg-spinner Hayden Walsh said that while he was playing in the Canada T20 league and someone called him Courtney Walsh. He clarified that Courtney Walsh is not his father. 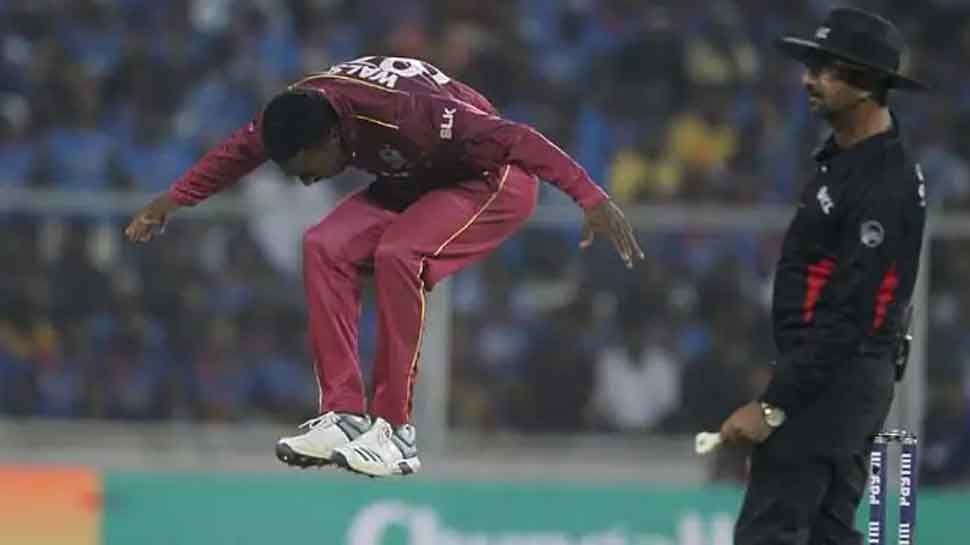 Thiruvananthapuram: West Indies leg-spinner Hayden Walsh has reminded everyone that he is not the son for former bowling great Courtney Walsh. After an impactful show in the second T20I of the three-match series against hosts India, Hayden also reckoned he would now create an identity of his own and felt bowling to his teammates Evin Lewis and Nicholas Pooran in the nets has helped him improve.

"People, my father is not Courtney Walsh," Hayden said after the match on Sunday.

"I was playing in the Canada T20 league and someone called me Courtney Walsh (laughs). So yeah...People my father is not Courtney Walsh. But I guess now they will now find out who I am and who is my father," Walsh, scalped two wickets of Shivam Dube and Shreyas Iyer, said.

A time when Dube was on fire against the visitors, it was Hayden who applied brakes on his innings, handing his side a much needed breakthrough. He said bowling to Lewis and Pooran helped him improve.

"I was bowling a lot to Evin (Lewis) and Nicholas (Pooran) in the nets. I was a bit confident coming in to bowl to him (Dube)," Hayden expressed.

"Yeah, it has been like a roller-coaster ride for me. As you can see, I have been working hard trying to find my way to the top into international cricket. Just to be here and perform in a game is just. I am over the moon," he added.

Meanwhile, the leg-spinner also credited his consistent show in the Caribbean Premier League (CPL) as one of the other reasons behind his progress.

"I did well in the Caribbean Premier League and it obviously caught the selectors' eye. I bowled a lot in the nets and it helped me here," Walsh opined.

"The main thing is more to win the series. The goal is just winning this series and to help the team do their best," he added.

West Indies defeated India by eight wickets in the second affair to level the series 1-1 and both the sides will now meet in the third and final T20I in Mumbai on Wednesday.