Klinger himself became a victim of brilliant fielding work by Reardon. 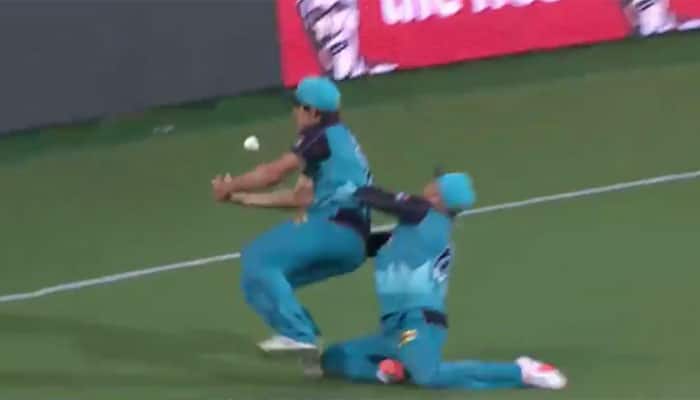 It happened off the third ball of the 9th over of Perth Scorchers' innings, bowled by Ben Cutting to Michael Klinger.

The Scorchers skipper played a lofted shot but Joe Burns, from mid-on, and McCullum, from mid-off, went for the catch, and in the process, ended up colliding near the boundary.

The ball, however, spilled for a six after hitting Burn's palm. Luckily, both the players survived injury scare.

Klinger himself became a victim of brilliant fielding work by Nathan Reardon at at long off on the rope, after a juggling act.

OUT! Terrific work from Reardon on the rope to end Klinger's innings on 81. Scorchers 5-146, seven balls left #BBL06 pic.twitter.com/0nvnk5TJuB

Batting first, Scorchers rode on Klinger's 81 off 41 balls to post 156 for 5. In reply, Heat had already lost McCullum who hit 15 inside the first four overs.