The meeting will also address the matter of state bodies to apply the proposals of the Lodha Committee and preparation for the BCCI elections with amicus. 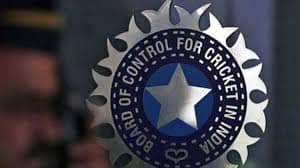 The Supreme Court-appointed Committee of Administrators (CoA) will meet on Monday to discuss the declarations made by the three-member Cricket Advisory Committee (CAC) regarding conflict of interest and appraisals of the Board of Control for Cricket in India`s (BCCI) employees.

"CoA is to meet on Monday, having agenda of discussing declarations made by the three-member CAC with over conflict of interest and appraisals of the BCCI employees," a BCCI source told ANI.

The meeting will also address the matter of state bodies to apply the proposals of the Lodha Committee and preparation for the BCCI elections with amicus.

"Apart from this, CoA is also likely to meet and discuss the matter of state bodies complying with the proposals of the Lodha Committee and gearing up for the state elections with amicus," a source said.

Earlier, the Board of Control for Cricket in India`s (BCCI) CEO Rahul Johri had written to the newly formed Cricket Advisory Committee (CAC) to give a declaration regarding conflict of interest so that the hiring process for the coach of Indian team can get started, a BCCI source had confirmed.

"Mail has been sent to all three of them to submit their declaration as soon as possible because the last date of applying for the post of the head coach is now over and we have to appoint someone as the coach, that`s why the mail has been sent. We expect that they will submit it soon," the BCCI source had told ANI.