The Indian bowling coach did not elaborate much, but stated emphatically that the Indian team is quite sure about its combinations for the World Cup in England. 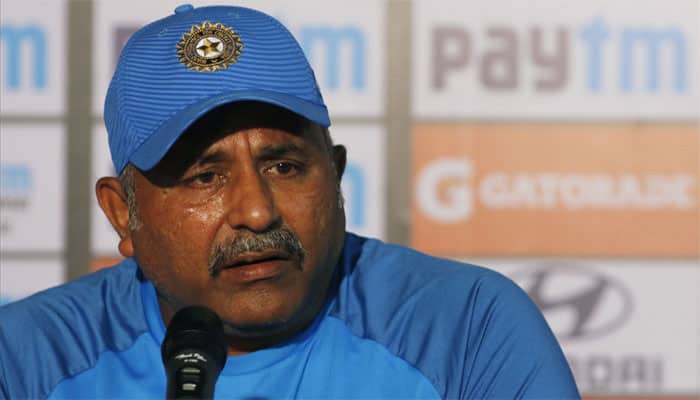 India's bowling coach Bharat Arun on Tuesday said that the team combinations being used in the ongoing ODI series against Australia may not necessarily be repeated during the ICC World Cup in England, starting May 30.

India go into the final ODI against Australia in Delhi on Wednesday, aiming to complete their World Cup auditions for a couple of slots that were up for grabs.

"These are not necessarily the combinations which will be used during the World Cup, but we would like to know how people perform in different situations for us to pick up a balanced team," Arun said on the eve of the final encounter.

The coach did not elaborate much but stated emphatically that the Indian team is quite sure about its combinations for the World Cup in England.

"More or less, the team is quite sure of what combination is but we would like to try out all our options before the World Cup. We want to be extremely sure (of) what we want before go into a major tournament like World Cup," the coach said.

The bowlers conceded 300-plus runs in successive games, but Arun said critics shouldn't forget that this Indian team's success rate is 75 percent. However, the former India medium pacer did call the losses a welcome wake-up call.

"If you look at our success rate, it is more than 75 percent and it is huge for a team. These things do happen. I am happy it has happened now, because it throws open a lot of factors where we can improve before the World Cup," said Arun.

"Definitely there are certain areas we need to address both in bowling and batting. We have to stay positive irrespective of whatever has happened. It's a great learning experience from the way series has gone," he added.

Ashton Turner took the game away with an unbeaten 84 runs off 43 balls, in a chase of 359 and Arun said it was a combination of dew as well as poor execution.

"We had plans ready. I am not going to give excuses. Dew was a part of the game. You have to accept and try to overcome the situation. We did not bowl as well we had planned for him. I am sure we will do well if same situation arises," he said.

"In England, the weather is also to be taken into account. So, we understand our combinations to counter the conditions," he signed off.

Afghanistan call off proposed tour to Zimbabwe over broadcasting costs