Cricket World Cup 2019: Eoin Morgan's England not about to fall apart ahead of semi-finals 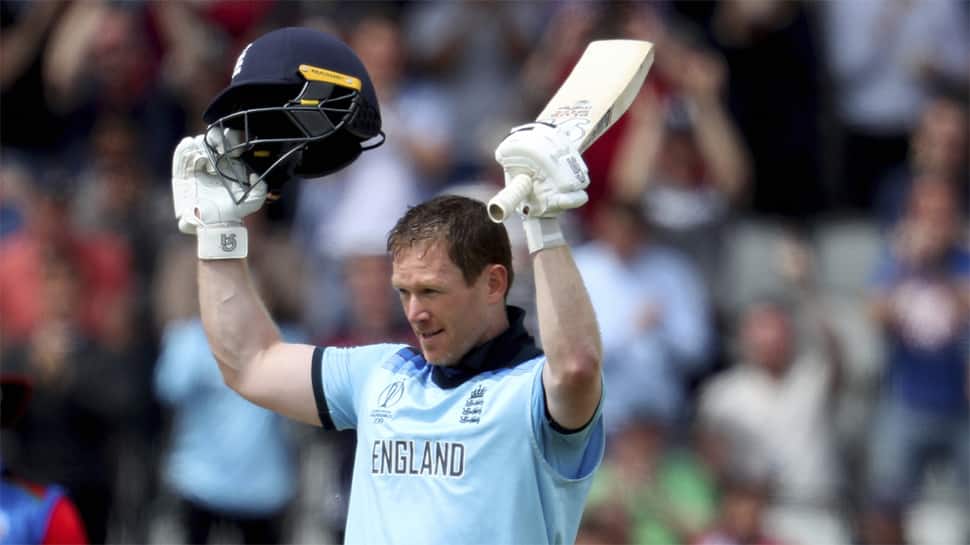 LONDON: England have not lost back-to-back ODIs since January 2017, and they don’t intend to in the ICC Cricket World Cup 2019. Losing to Pakistan by 14 runs in their second game came as something of a surprise, given that Eoin Morgan's team had swept them 4-0 before the tournament began. It’s Pakistan, after all. Mercurial, don’t-try-to-make sense-of-us Pakistan.

Back to script, England them put up 386 against Bangladesh and thumped them. West Indies were hammered by eight wickets with 101 deliveries remaining. Morgan hit a record 17 sixes as England then pummelled Afghanistan. The campaign of the top-ranked ODI team was back on track.

Then they lost to Sri Lanka. The upset of the tournament.

The slightest pressure applied, England cracked. Suddenly their mental strength was in question. From four wins out of five, the hosts and wide favourites find themselves in the awkward position of having to win two out of their remaining three matches to make the World Cup semi-finals.

Not just any teams, but the best three in the tournament. Defending champions Australia, at second on the points table. India, yet to lose a match and possessing the best bowling attack of the World Cup. And New Zealand, also unbeaten. New Zealand, who England last beat in a World Cup match back in 1992.

Morgan, on the eve of match 32 of the World Cup at Lord’s, between his England cricket team and Australia, did not see the loss to Sri Lanka as a major turning point in their campaign. He hasn’t reached for the panic button. He is confident England will make the semi-finals.

“It’s not must-win yet. We don’t need to win every game to get to the semi-final,” he told reporters at Lord’s on Monday. “It’s another game where we try and produce a performance that’s worthy of winning at Lord’s against Australia.”

England will again be without Jason Roy, who was sent for scans after batting at the outdoor Lord’s nets on Monday morning. The nature of the Lord’s pitch, which on Sunday hosted its first match of the tournament, could force England to add another seam bowler. Morgan knows Lord’s very well, being the captain of Middlesex.

“Yesterday the pitch was quite green, as well. Certainly today it did look a little bit green,” he said. “I think there’s a lovely covering of grass over it. Probably a little more consistent than has been in previous years, and depending on the weather overnight, because there is weather expected, it will probably affect the decision tomorrow.”

Not one to wax eloquent or dissect England performances with the precision of a surgeon, Morgan was blunt when asked about what the team mood was like after the loss to Sri Lanka at Leeds.

“We didn’t question the wicket. We didn’t question the opposition, the nature of the chase. It wasn’t an easy chase,” he said. “It was something that we all found challenging, but need to be better at. Particularly, if we do get to the latter stages of the tournament, we might play on a wicket very similar to that.”

“I mean, naturally guys are upset. They are very excited about getting back on the park tomorrow to try and produce something that everybody’s used to seeing us play, and if that means that we win the game, great. I don’t think nerves played a part at all.”

In keeping with that proud record, Morgan wants his team to beat Australia and take a big step forward towards the semi-finals. Having beaten Australia 5-0 in their last encounter in England in mid-2018, Morgan knows what is required. Despite the fact with David Warner, Steve Smith and Mitchell Starc back, this is a very different Australian cricket team – won that ups its game at World Cups – Morgan is not viewing it as anything different.

“For a lot of our guys, it was the first World Cup game that they played in. A home World Cup, especially, that was the feeling that was different against South Africa, but I don’t think tomorrow will feel that different.”