The defending World Champions are currently placed seventh with 10 points from 11 games while India are placed second with 16 points from 14 games. 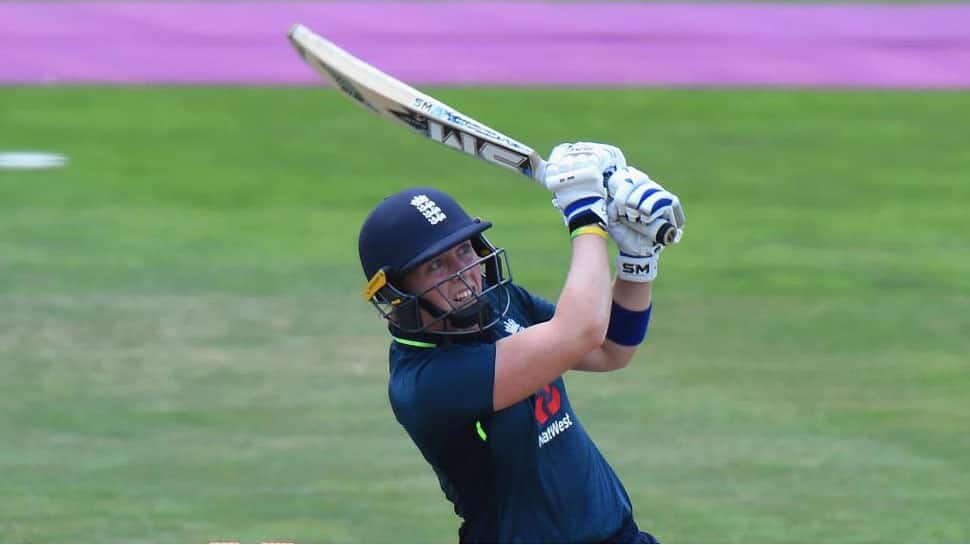 Having already conceded the three-match ODI series to India, England captain Heather Knight is now focussed on at least bagging two crucial points from the third and final game against the hosts to be played on Thursday.

England and India will play the final ODI of the three-match series on Thursday. The series is a part of the ICC Women's Championship where the winning team earns two points from a match.

The defending World Champions are currently placed seventh with 10 points from 11 games while India are placed second with 16 points from 14 games.

"It's a really important game. (ICC) Championship points are on the line. First of all, it's about clearing your mind. Forget what has gone and try to learn as much as possible and try to move forward," Knight said at the pre-match conference.

"It's been a tough tour for us so far but we still have a lot to play for and it is still a long way to go. It's a little bit about character (now), how we respond to what's gone and how we fight little-bit hard and give better performances than what we have done so far," Knight told reporters when asked how the team would approach the game.

England are missing the services of young all-rounder Sophie Ecclestone after she was ruled out of the entire India tour owing to a fractured hand.

"She (Sophie) has really emerged as one of the leading spinners for us in the last few years. She has been outstanding. Unfortunately, she picked up an injury. She is badly injured and it would keep her out for four-five weeks," Knight said.

England has been troubled by Indian medium pacers veteran Jhulan Goswami and Shikha Pandey, who have been lethal up front. Asked whether she was surprised by their performances, Knight, a prolific batter herself, replied in the negative.

"No, we know they were very good seam bowlers. They have performed well against us in the past. Jhulan, when she finishes, will go down as one of the best players and probably the best seamer they (India) have (ever) had.

"We had prepared for them coming in and are not surprised with how they bowled. We have probably not played them as well as we potentially could have. It's now moving forward and trying to come up with plan for them," Knight said.