The inaugural edition of the tournament was held last year but it was called off midway after four matches due to the Covid-19 pandemic. The organisers stated that the remaining matches will now take place in the newly-built 65,000 capacity Shaheed Veer Narayan Singh International Cricket Stadium in Raipur. 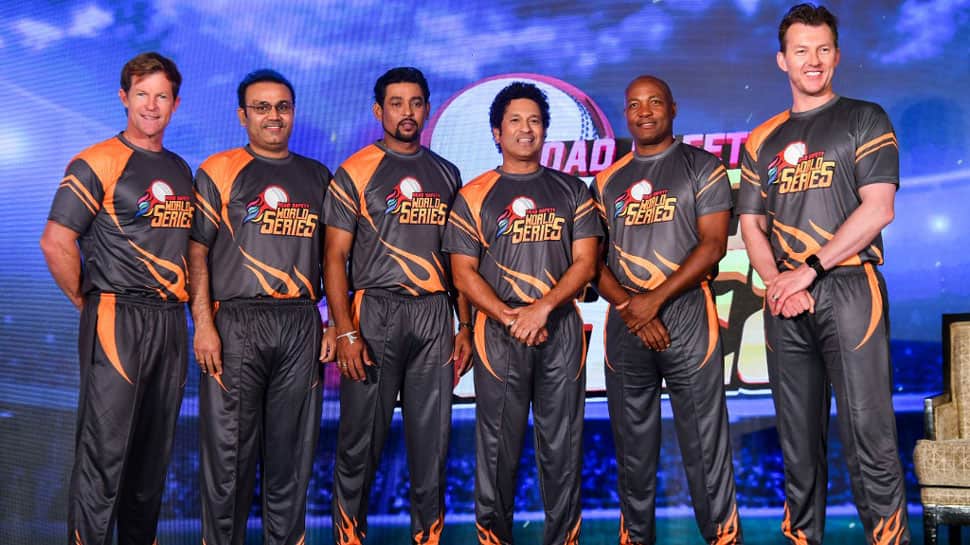 The inaugural edition of the tournament was held last year but it was called off midway due to the Covid-19 pandemic. (Twitter/duggoutcricket)
Share:
Written By:

Former cricket legend Sachin Tendulkar along with several other stars will feature in the upcoming Road Safety World Series T20, which is slated to begin from March 2 till March 21. Apart from Tendulkar, the tournament will also see Virender Sehwag, Brian Lara and Muttiah Muralitharan take the field once again.

The inaugural edition of the tournament was held last year but it was called off midway after four matches due to the Covid-19 pandemic. As per a report in PTI, the organisers stated that the remaining matches will now take place in the newly-built 65,000 capacity Shaheed Veer Narayan Singh International Cricket Stadium in Raipur.

"An array of stars including Sachin Tendulkar, Virender Sehwag, Brian Lara, Bret Lee, Tilakratne Dilshan, Muttiah Muralitharan and many more legends of five cricket playing nations - Australia, South Africa, Sri Lanka, West Indies and India - will be back in the field to recreate the magic of old in the annual T20 cricket tournament, organized to create awareness towards road safety in the country," a media release said.

"As cricket is the most followed sport in the country and cricketers are looked upon as idols, this League aims to influence and change people's mindset towards their behaviour on the roads," it added.

Chhattisgarh Chief Minister Bhupesh Baghel stated that it is an honour to host the legends during the Road Safety World Series.

"It is a wonderful concept to create awareness about the menace, and a very important one given that one person dies every four minutes on Indian roads," he was quoted as saying in the report.

Road Safety Series founder Ravi Gaikwad said the series started with a lot of hope and promise last year to spread awareness towards road safety, but had to call it off due to the challenging times.

"I am extremely glad to announce that we are here again, and I am thankful to all, the players, the officials, our broadcast partners and our large work-force who have come together to take the initiative forward in these difficult times," he said.

The Road Safety World Series is an initiative by Road Safety Cell of Maharashtra in association with Professional Management Group (PMG) spearheaded by Sunil Gavaskar, who is the Commissioner of the Series, and Tendulkar, who is the brand ambassador.