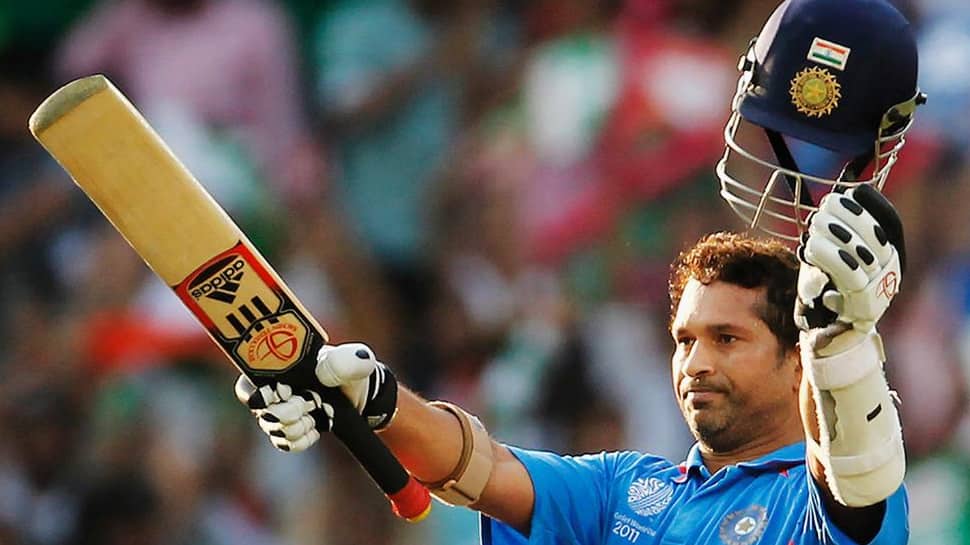 Take a look at some tweets here:

What is your favourite "Sachin! Sachin!" moment? pic.twitter.com/UK4tOvE6kQ

Happy birthday to India's Master Blaster, @sachin_rt! May you continue to inspire generations with your achievements. Blessings.#HappyBirthdaySachin pic.twitter.com/uOc3sm5cHP

‘Your attitude is what takes you forward in life’.
I shall never forget the valuable advices that you shared with me. Wish you a very happy birthday, @sachin_rt Sir. #HappyBirthdaySachin pic.twitter.com/9aFPFhV7KN

Many happy returns of the day @sachin_rt paaji! Always has the time for sharing his valuable knowledge. #HappyBirthdaySachin #legend pic.twitter.com/A3A1eZphSS

On this special day, we take a look at his iconic ODI double ton against South Africa

Tendulkar is one of the biggest cricketers of all times and his biopic 'Sachin: A Billion Dreams' showed his journey from a young boy to a legend. The film hit the screens on May 26, 2017. Earlier this month, the cricketer described India's World Cup victory in 2011 as the "biggest day of his life", while adding that he had never seen anything bigger than that in his long cricketing career.

Hailed by many as the ' God of Cricket', Sachin has several records to his credit and has guided the Indian Cricket team towards victory numerous times. He has appeared in 463 ODIs scoring 18,426 runs.