Harbhajan Singh thinks India can bounce back in Johannesburg Test

Off-spin great Harbhajan Singh on Saturday backed the under-fire India team to come back in the third cricket Test in South Africa after facing reversals in the first two games. 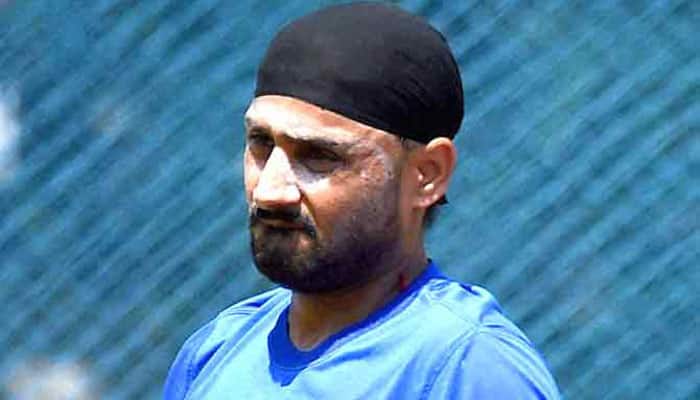 Off-spin great Harbhajan Singh on Saturday backed the under-fire India team to come back in the third cricket Test in South Africa after facing reversals in the first two games.

"Of course, they can bounce back. Every game is a new opportunity. Whatever has happened, you cannot change that. But you can change what is in front of you," Harbhajan told IANS in Kolkata.

The 37-year-old, who has played over 100 Tests for India and 236 One Day Internationals, is here to lead Punjab in the Syed Mushtaq Ali T20 tournament knockouts starting from Sunday.

"I wish and hope they win the next Test match," Harbhajan added.

India lost the first Test in Cape Town by 72 runs and the second by 135 runs with skipper Virat Kohli also drawing a lot of flak for dropping pacer Bhuvneshwar Kumar for the second rubber despite a good show at Cape Town and also not including the dependable Ajinkya Rahane in the playing XI so far.

India's much-vaunted batting line-up crumbled against the South African pace attack, both times chasing sub-300 targets. They now trail the three-match series 0-2. The third Test is to begin in Johannesburg from January 24.

As for the Mushtaq Ali tournament, Punjab -- who are in Group A along with Karnataka, Jharkhand, Mumbai and Rajasthan -- will look to ride on Harbhajan and Yuvraj Singh's wealth of experience to do well in the knockout stages.

"Our preparations are good. We are in good rhythm. We know that competition will be better than previous encounters. We are looking forward to the knockouts," Harbhajan said.

The Punjab team sweated it out on Saturday with star attractions Yuvraj and Harbhajan in full swing at the nets. Yuvraj, who arrived this morning and headed straight to practice from the airport, looked a bit rusty initially at the nets before unleashing some of his trademark drives and glances.

The locals around had a field day clicking selfies with India's 2011 World Cup Man-of-the-Series while Harbhajan too was in a jovial mood.

Asked about the wicket at the Jadavpur University campus ground, Harbhajan said it looked green and he has told the pitch curator that its nature should not affect the game in a way that whoever wins the toss has an advantage.

"The wicket has a lot of grass on it. I told the curator to make sure this grass should not be at an advantage for the team who wins the toss. Toss should not be the deciding factor.

"Both sides are playing away from home so no home advantage," he concluded.