MS Dhoni is the only skipper in the history of the sport to bag all the three ICC trophies - T20 World Cup, World Cup and Champions Trophy - so far. 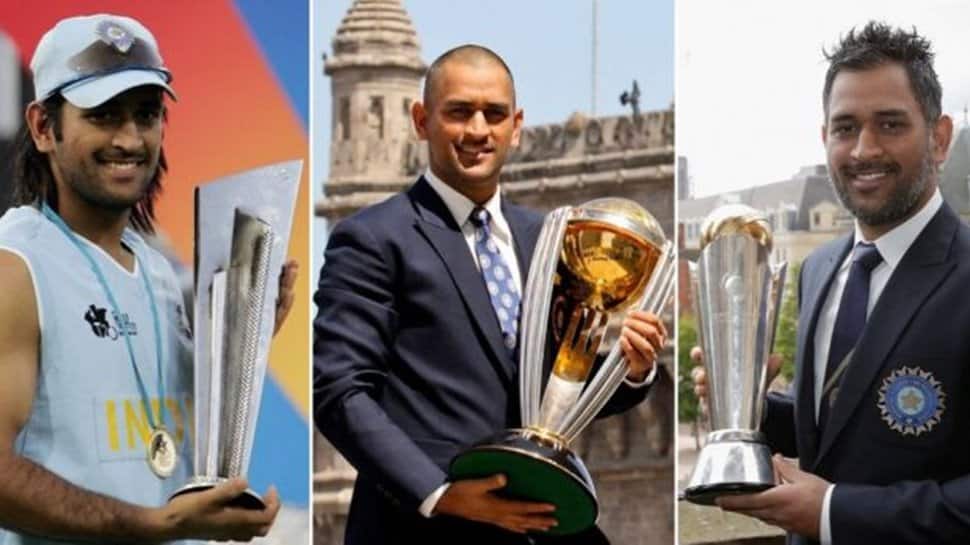 MS Dhoni is the only skipper in the history of the sport to bag all the three ICC trophies - T20 World Cup, World Cup and Champions Trophy - so far. The wicketkeeper-batsman achieved this feat on this day eight years ago, when he led the Indian unit to a thrilling five-run win over England in the final of the ICC Champions Trophy in Birmingham, a contest which was affected by rain.

The 50-over clash was subsequently reduced to 20 overs a side and hosts England kicked-off the show on a promising note. Inviting India to bat first, the English attack got rid of almost all the Indian batsmen cheaply, with Dhoni himself getting out on a duck.

But a valiant effort by Virat Kohli, who had then celebrated India's win with the popular 'Gangnam Style' dance step, helped India post a respectable 129/7 on the board. The right-handed batsman had then scored 43 off 34 deliveries, and found support from in-form opener Shikhar Dhawan (31 off 24 balls) and all-rounder Ravindra Jadeja (33 off 25 balls).

What initially looked like a cakewalk soon proved to be a mounting task for Sir Alastair Cook and his boys. England kept losing wickets at regular intervals and with the scoreboard pressure climbing, the team could only manage 124/8 before running out of overs.

Among the Indian bowlers, it was tall and lanky seamer Ishant Sharma, who did the job for India, striking twice to remove Eoin Morgan and Ravi Bopara in consecutive deliveries and changing the course of the contest.

England pacer Stuart Broad, who was a part of the contest, reacted to it and wrote: "Like a Day 5 Test pitch amazing spin!"

While it's unsure if the bowler was comparing India's dramatic comeback with a Day 5 Test track or the pitch assisting spinners, fans blasted the cricketer to bring the pitch debate in the middle.