Australia will next lock horns with Bangladesh on June 20 while Sri Lanka will take on hosts England in their next ICC World Cup 2019 clash a day later. 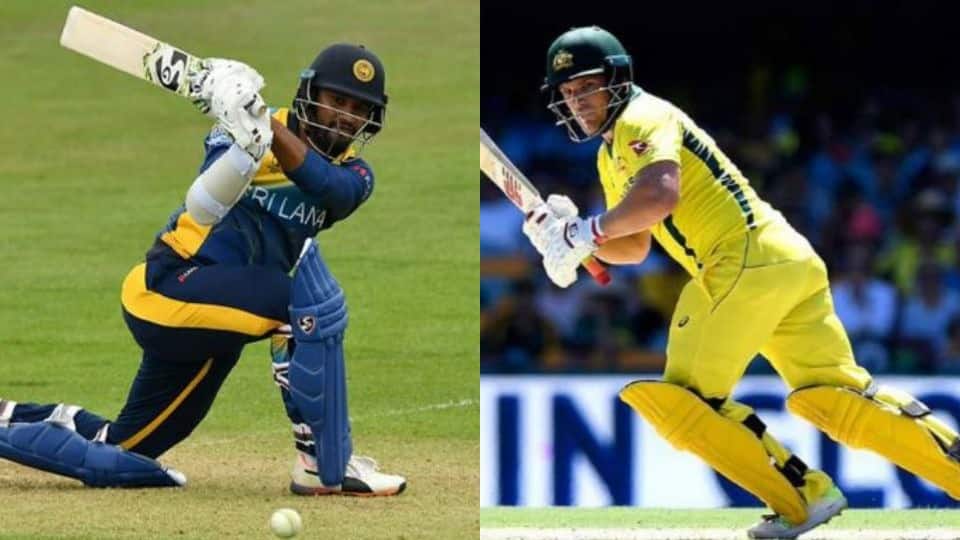 Australia came up with an all-round performance to beat Sri Lanka by 87 runs in the 20th match of the 2019 International Cricket Council (ICC) World Cup clash at the Kennington Oval in London.

Put in to bat first, opener and skipper Aaron Finch (153) not only smashed his 14th ODI ton off just 97 balls but also shared crucial partnerships of 80 and 173 runs with opener David Warner (26) and Steve Smith (73), respectively as Australia posted a good total of 334 for seven in their stipulated 50 overs. (Full Scorecard: Australia vs Sri Lanka, ICC World Cup 2019)

In reply, skipper Dimuth Karunaratne (97) and Kusal Perera (52) shared a huge 115-run partnership for the opening wicket to provide their side with a perfect start before the Australian bowlers staged a brilliant fightback in the second half of the innings to bundle Sri Lanka out for 247 runs in 45.5 overs.

Mitchell Starc was the pick of the bowlers for Australia as he finished with four for 55. Kane Richardson (three for 47), Pat Cummins (two for 38) and Jason Behrendorff (one for 59) all chipped in with the bowl. (Also Read: World Cup 2019: Aaron Finch's 153 sets up Australia's 87-run win over Sri Lanka)

# Australian skipper Aaron Finch pulled back a blistering knock of 153 runs off just 132 balls against Sri Lanka. By doing so, he has snapped the record of the highest score in a World Cup clash by an Australian captain. The record was previously held by Ricky Ponting, who smashed an unbeaten knock of 140 runs against India in the 2003 World Cup final in Johannesburg.

# Finch also became the first-ever Australian captain to score two 150-plus scores. He had also smashed 153 runs during Australia's clash against  Pakistan in Sharjah earlier this year.

# By notching up 153-run knock laced with 15 fours and five sixes, Finch also became the joint-highest scorer of the 2019 ICC World Cup. Earlier, England opener Jason Roy notched up the exact number of runs during his side’s crushing 106-run win over Bangladesh.

# Mitchell Starc finished with the brilliant figures of four for 55 during the match against Sri Lanka, something which saw him climb up to the top spot in the list of highest wicket-takers in the 2019 World Cup.

# The victory saw Australia climb up to the top spot with four wins from five games while Sri Lanka continue to stand at the fifth spot with just one win from five matches.

Australia will next lock horns with Bangladesh on June 20 while Sri Lanka will take on hosts England in their next ICC World Cup 2019 clash a day later.