A tough fixture schedule has seen Bangladesh pick up just one win from their opening three games of the tournament after facing three of the top four sides in the world ODI standings. 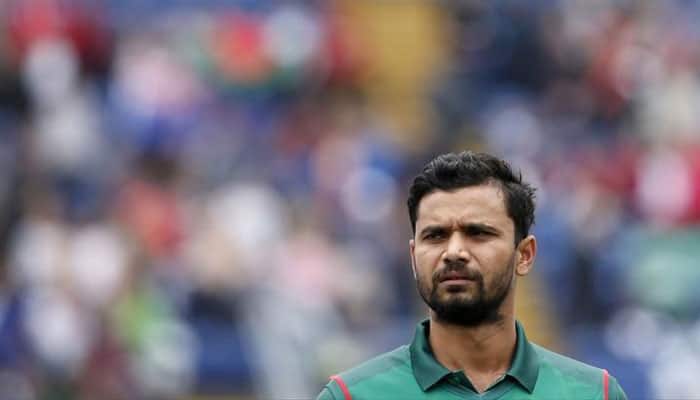 Bangladesh will back themselves to beat any team they come up against at the 2019 International Cricket Council (ICC) World Cup - whether they are favourites or not, according to skipper Mashrafe Mortaza.

A tough fixture schedule has seen Bangladesh pick up just one win from their opening three games of the tournament after facing three of the top four sides in the world ODI standings.

The seventh-ranked side pulled off a shock 21-run victory against South Africa in their first match before losing to New Zealand by two wickets and England by 106 runs in their last two outings.

But while many expect them to beat Sri Lanka when they meet in Bristol in their next game on Tuesday, Mashrafe insisted he puts pressure on his players to win every time they play.

“I don't want to say there's no pressure - 100 percent pressure will be there, but at the same time I would say that we have to cope with that pressure and make sure we deliver. A few things can happen, go away from us, but we have to make sure at the end of the day we are in the winning centre. From the first ball we have to be on target, "Mortaza continued.

Bangladesh and Sri Lanka played each other four times in ODIs last year and shared two victories apiece - not that Mashrafe expects their previous meetings to have any bearing on the outcome in Bristol.

“I think the team is feeling fine. It is disappointing after two losses, especially the one against New Zealand, but in this sort of tournament, you are never sure. The boys are really hungry to win matches. Whatever happened in the past we shouldn't think about. We were asked the same question [about previous results] ahead of the England game."

“We had beaten them at the last two World Cups but we lost badly, so nothing is going to work that way. We have to play hard and try our best to win and ensure we are doing everything right.I'm not worried about who is respecting us, I'm more worried about our performance. Winning is more important for us. I don't think respect is going to work in the 22 yards [of a pitch].

“I think it all depends on how we react on the ground [against Sri Lanka]. If we can win two points, this is more important than respect at the moment," Mortaza said.

Bangladesh are currently eighth in the standings after three games, but Mashrafe is still confident his side are capable of finishing in the top four at the end of the round-robin stage.

"If you are asking all ten captains this question, they will look to the semi-finals, which is an honest call,” he said. “It's not easy, especially in the conditions as they are different from Asia. Obviously, we would like to be in the semis but right now, the calculation is difficult. If we had won one of those matches - against New Zealand or England - it could have been a lot easier."

“At the moment it looks very difficult, but again I'd say it's very much possible. We have to make sure we come back onto the winning track and then have a look at what happens next," he concluded.