India thrashed Bangladesh by 95 runs in their final warm-up match at Cardiff on Tuesday ahead of the upcoming Cricket World Cup. 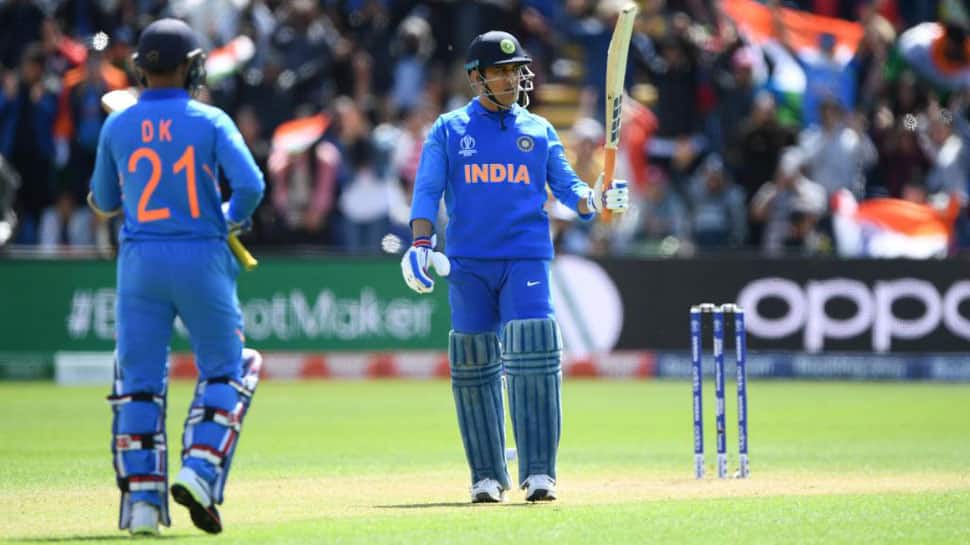 India thrashed Bangladesh by 95 runs in their final warm-up match at Cardiff on Tuesday ahead of the upcoming Cricket World Cup.

Chasing a score of 360, Bangladesh got off to a steady start as their openers Liton Das and Soumya Sarkar stitched together a partnership of 49 runs. Jasprit Bumrah however, dismissed both Sarkar (25) and Shakib Al Hasan off successive deliveries to allow India to gain the upper hand.

Das and Mushfiqur Rahim steadied the innings for Bangladesh and they stitched a 120-run stand. Yuzvendra Chahal finally provided the much-needed breakthroughs for India as he dismissed Das (73) and Mohammad Mithun (0) in the 32nd over, with Bangladesh still needing 191 runs for victory.

Mahmudullah (9) failed to leave a mark as he was sent back to the pavilion by Kuldeep Yadav in the 36th over. Rahim and Sabbir Rahman recorded a brief stand of 25 runs but they couldn`t battle much longer with Rahim (90) clean bowled by Yadav.

Rahim`s departure proved to be the final nail in the coffin as Bangladesh lost their final four wickets quickly and were defeated by 95 runs.

Earlier, centuries by KL Rahul and MS Dhoni helped India score 359 runs for the loss of seven wickets in the allotted fifty overs after being put in to bat. The Indian team started on a slow note.

The opening pair of Rohit Sharma and Shikhar Dhawan was not able to register comprehensive scores and they departed cheaply. Dhawan and Sharma were able to score just 1 and 19 runs respectively.

Skipper Virat Kohli played a knock of 47 runs to steady the ship for the Men in Blue but his dismissal in the 19th over raised alarm bells in the Indian camp. Vijay Shankar (2) also failed to leave a mark with the team reduced to 102 for four.

MS Dhoni and Rahul then took the responsibility on their shoulders and they stitched together a partnership of 164 runs to take the team to a safe total.

Both the batsmen registered centuries and their form augurs well for the team going into the World Cup.

Rahul played a knock of 108 runs whereas Dhoni scored 113 runs. Hardik Pandya played a 21-run cameo to take the team over the 350-run mark. For Bangladesh, Rubel Hossain and Shakib Al Hasan scalped two wickets each.