India have further consolidated their position at the top of the International Cricket Council (ICC) World Test Championship, reaching 360 points after completing a 2-0 series whitewash against Bangladesh. 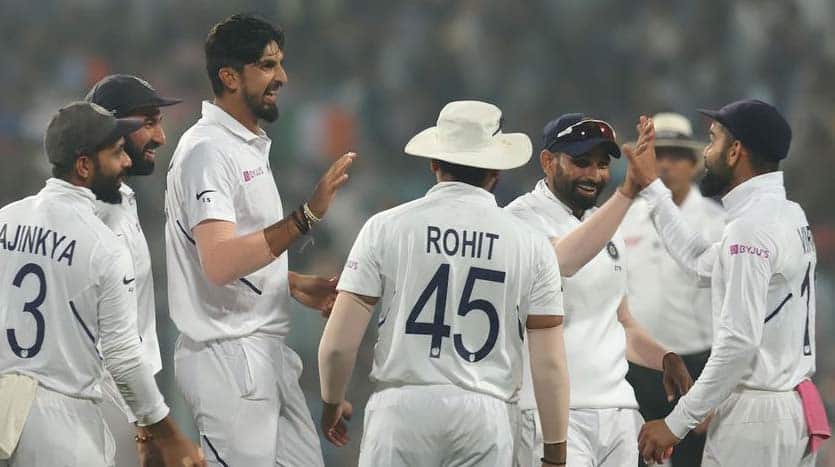 India have further consolidated their position at the top of the International Cricket Council (ICC) World Test Championship, reaching 360 points after completing a 2-0 series whitewash against Bangladesh.

The Virat Kohli-led side thrashed Bangladesh by an innings and 46 runs on the third day of their first-ever Day-Night pink ball Test at Eden Gardens in Kolkata to become the first side ever to complete four successive innings wins in the longest format of the game.

India, who have also registered their seventh straight Test win with a crushing triumph in the day-night match, are yet to drop a point in the nine-team championship. They won 2-0 in the West Indies and beat South Africa 3-0 in a home series before completing their third series win in the day-night Kolkata Test.

Each series is worth 120 points with the points distributed evenly over the number of matches in a series.

Australia are on 116 points after winning the first match of their ongoing Test series against Pakistan. Australia and England had earlier settled for 56 points each from their five-match Ashes series, which ended in a 2-2 draw.

Sri Lanka and New Zealand are on 60 points each after drawing their two-match series 1-1. Pakistan are playing their first WTC series Down Under, while Bangladesh, West Indies and South Africa failed to get any points in their opening series.

The top two teams at the end of the league will play the final in the United Kingdom in June 2021 with the winners crowned the World Test Champions.