If the game had finished, we probably would have won: Rovman Powell

India set a target of 168 runs but when the West Indies` inning was in the 16th over, rain halted the match which brought the DLS method into play. West Indies were at 98/4 in 15.3 overs when the match was called off. 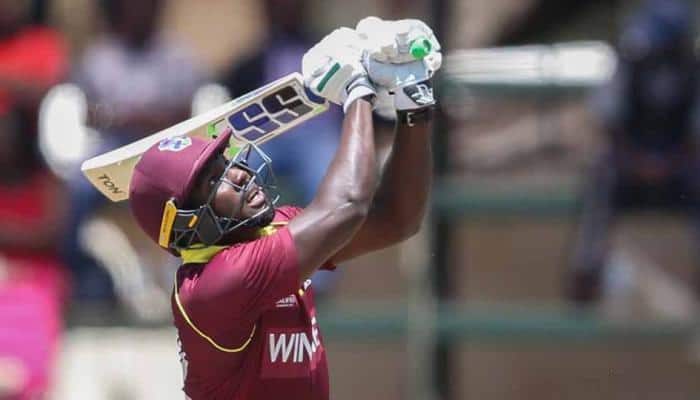 London: West Indies all-rounder Rovman Powell feels that they could have managed to pull off a victory in the second T20I against India if the game had finished as they had 'sufficient wickets' in hand.

"I think the wicket was a little bit better. It came onto the bat a little more. It didn`t spin as much or it wasn`t as slow as yesterday. As a team, I just thought we were an over behind. If the game had finished, we probably would have won or come very close," ESPN Cricinfo quoted Powell as saying.

"I think we had sufficient wickets in hand. We had Kieron Pollard and [Shimron] Hetmyer at the crease, and Carlos Brathwaite and Keemo Paul to come in. I think those are guys that could have brought it to them. I guess in the end India are runaway winners but we don`t look at it and say we were far behind," he added.

India set a target of 168 runs but when the West Indies` inning was in the 16th over, rain halted the match which brought the DLS method into play. West Indies were at 98/4 in 15.3 overs when the match was called off.

West Indies lost the three-match T20I series against India after they faced a 22-run (DLS method) defeat in the second T20I. Although West Indies lost both of their first T20Is, Powell feels that the current India team is beatable if they deliver a good performance.

"I wouldn`t know what changes will be made [for the third T20I] over maybe a two-day period. But what we will say is that the team that is heading to Guyana, we`re looking to put our best foot forward. We think this Indian team is beatable and it`s just for us to string together good performances to show people that."

The third and final T20I between India and West Indies will be played at Providence Stadium in Guyana on Tuesday.