Rishabh Pant and Shubman Gill dictated the proceedings on the final day as Team India chased down a stiff 328-run target to script a thrilling three-wicket win against Australia in the fourth and final Test in Brisbane. Pant, who emerged as the game-changer, played an unbeaten knock of 89 from 138 balls, while Shubman took charge at the top, scoring 91 from 144 deliveries. 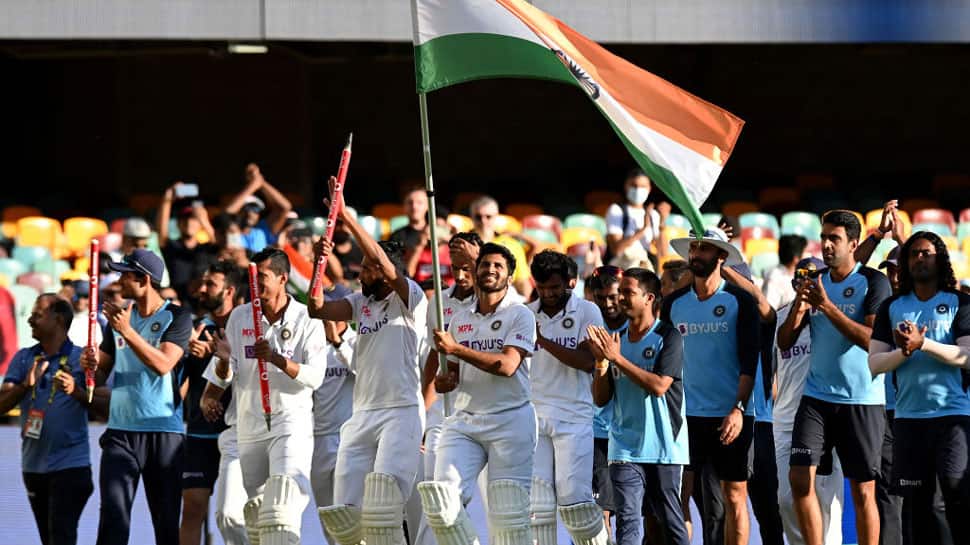 Rishabh Pant and Shubman Gill dictated the proceedings on the final day as Team India chased down a stiff 328-run target to script a thrilling three-wicket win against Australia in the fourth and final Test in Brisbane. Pant, who emerged as the game-changer, played an unbeaten knock of 89 from 138 balls, while Shubman took charge at the top, scoring 91 from 144 deliveries.

The winning moment came off Pant's bat when the 23-year-old crunched a short of a length delivery by Josh Hazlewood for a boundary towards the long-on region as Navdeep Saini enjoyed the historic moment from the other end. With this win, Ajinkya Rahane-led Indian unit also retained the Border Gavaskar Trophy and won the four-match series 2-1.

Pant arrived in the middle, late in the second session of the final day, as India still required 161 more to win. However, soon after his arrival, the 23-year-old made his intentions clear as he ripped apart the Australian bowling attack led by Pat Cummins.

The left-handed batsman was named player of the match for his brilliant knock, an effort which Pant describes as the "biggest day of his life."

"This is one of the biggest days of my life. The support the team has given me even when I was not playing has been incredible. It's a dream come true. We've been practicing hard since the first Test. The team management always backs me and tells me you are a match-winner and you have to go out there and win and I am happy I did it today. It was a fifth-day pitch and the ball was turning,"Pant said right after the match.

None of the Australian bowlers - Pat Cummins, Josh Hazlewood, Mitchell Starc, and Nathan Lyon - escaped the wrath of Pant's bat as he kept frustrating the hosts. On several occasions, the 23-year-old charged down the track to counter Nathan Lyon and maintained a similar approach against the Aussie pace battery.

This was the second instance in the series, when the wicketkeeper changed the momentum of the game, shifting the odds into India's favour. In the previous encounter in Sydney, the wicketkeeper had played a similar knock but was unable to take India home. However, a valiant display by R Ashwin and Hanuma Vihari had then helped India salvage a brilliant draw. 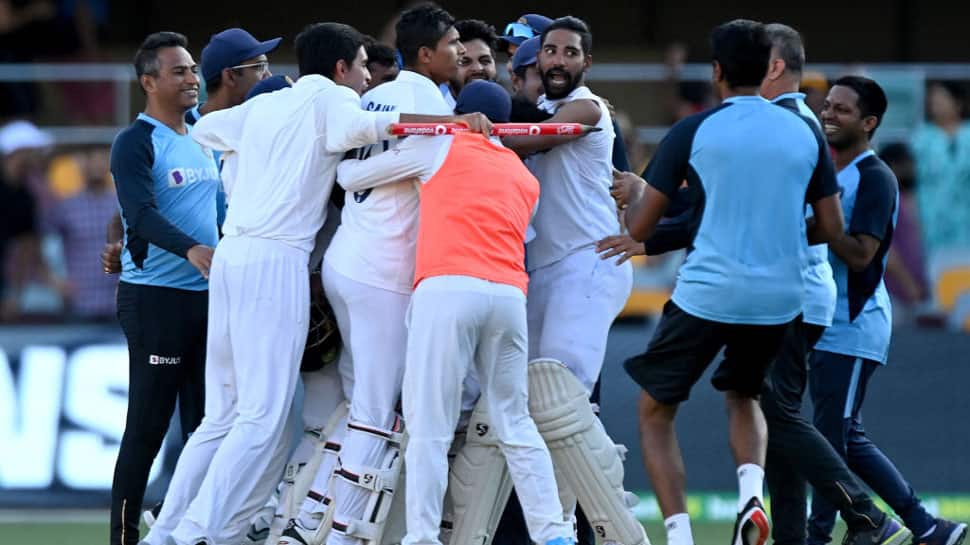 Meanwhile, Gill took charge of the proceedings at the top and laid a perfect foundation for India's epic win. His 91-run inning was filled with impeccable drives, which also saw India batting great VVS Laxman complimenting the youngster.

The way @RealShubmanGill batted today he definitely deserved a century- but I’m sure there are many that lie ahead in his future. Amazing talent and more importantly has the mental strength to handle pressure. #future #class #AUSvIND pic.twitter.com/D1tqCr1x2r

The day started with openers Rohit Sharma and Gill resuming India's inning from the overnight score of 4/0. However, Rohit failed to last long as he was soon removed by Cummins on 18. The Australian pacers then tired to break Cheteshwar Pujara's rock-solid approach as the right-handed batsman was welcomed with a barrage of bouncers.

Despite taking a knock, followed by a concussion test, the Aussies failed to break Pujara's resolve and the 32-year-old found great support from young Gill. Both the batsmen added 114 runs for the second wicket before Lyon provided the hosts with a much-needed breakthrough in the form of Gill.

After his dismissal, skipper Ajinkya Rahane came out in the middle and made the team's intention clear. The Indian skipper scored a brisk 24 from 22 balls before falling to Cummins, moments before the Tea.

Pujara was the fourth man to depart shortly after Tea as he was trapped leg-before by Cummins, making the Indian his second victim of the day. Mayank Agarwal too failed to resist the sheer pace of Cummins and just when the visitors seemed in trouble, Washington Sundar stitched a crucial 53-run partnership with Pant for the sixth wicket.

Lyon bowled Sundar on 22 but by that time India were already cruising towards a win. Shardul Thakur, who scored a half-century in the previous innings, also lost his wicket to Hazlewood but Pant made sure that he took India home this time.

Among the Australian bowlers, Cummins emerged as most lethal ending the innings with four wickets. Lyon, who was playing his 100th Test, scalped two while Hazlewood returned with one wicket.