India vs Eng 3rd Test: Virat Kohli’s team will play how it plays, we’ll not get drawn into anything dishonest, says Joe Root

With India leading the series 1-0, one expect more aggression from Virat Kohli’s team but Joe Root said his team has learnt their lessons from the previous game and will not be drawn into the conversations needlessly. 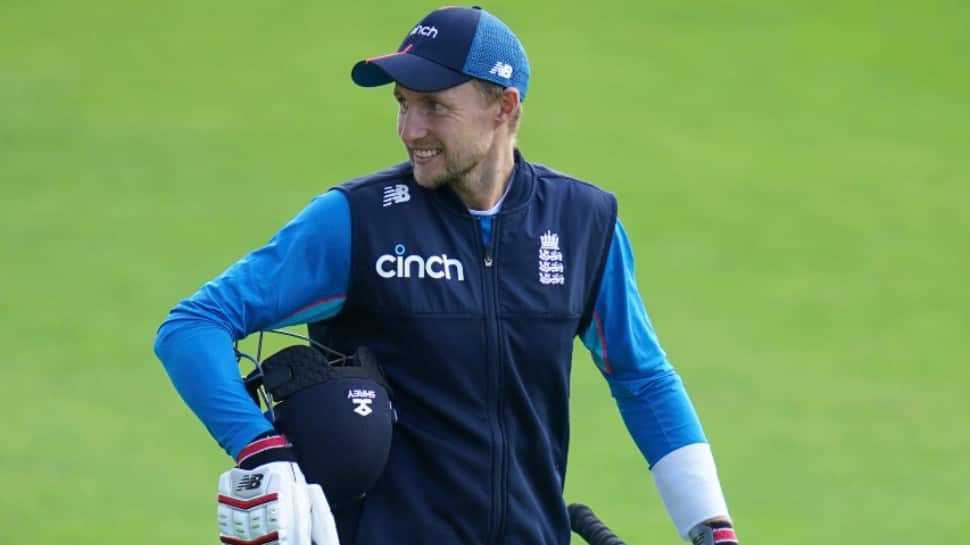 England captain Joe Root at a training session in Headingley ahead of the third Test against India. (Photo: PTI)
Share:
Written By:

India channelled their aggression to their advantage to script a famous win at Lord’s while England failed to rile up the opposition players despite regular attempts and that is something Joe Root is looking to avoid in the third Test beginning in Leeds on Wednesday (August 25). The second Test was played in an intense atmosphere with players of both teams not shying from constant sledging.

With India leading the series 1-0, one expect more aggression from Virat Kohli’s team but Root said his team has learnt their lessons from the previous game and will not be drawn into the conversations needlessly.

“There’s the theatre and everything else surrounding the game. We’ve got to make sure that we play the game how we want to play and we look after that as best as we can, and not get too distracted or drawn into anything that's not honest,” said Root in the virtual pre-match media interaction.

“We’ve got to be genuine to ourselves, genuine to how we are as individuals and how we are collectively and be as good as we can, the way that we go. Virat’s team will play how they play, I just want us to go out and be the best version of ourselves.”

Root has already admitted to tactical blunders that cost his side the Lord’s Test. Their emotions also got the better of them. “I think there were always conversations you always try to find one percenters in ways you can deal with different situations.

“We’ve done some good learning off the back of the last game I think we could have managed certain areas differently, me as the captain, we could have gone about things slightly differently. We have got three massive games to play in this series, there's a lot to play for. And you know we’re desperate to bounce back strongly,” he said.

England have made a few changes going into the game with Dawid Malan coming in to bat at number three and Haseeb Hameed moving up to open alongside Rory Burns. Opener Dom Sibley has been dropped and Mark Wood has been ruled out of the game due to a shoulder injury.

Root expects Malan to make an instant impact even though the southpaw has not played a lot of red-ball cricket of late. “Dawid obviously offers a lot of experience in that top three, not necessarily in terms of experience in Test cricket, but he has played a huge amount of international cricket now, he's dealt with pressure situations.

“He’s played a lot of red ball cricket over the course of his career and he's also had great successes in a massive series in Australia and was our leading scorer out there, so we know that he's capable of big things.”

Wood’s injury has created an opening for Saqib Mahmood’s Test debut and Root did not rule that out. “I feel Saqib couldn’t be in a better place to potentially play Test cricket, you look at how he’s progressed over the last couple of years across all formats. But the opportunities, he’s taken this year when I’ve been given them he’s been exceptional,” said Root.

The skipper, who has been scoring the bulk of the runs for his team, is confident that under-fire batting line-up will come good. “The most important thing about batting in Test cricket revolves around big partnerships, when two guys back for a period of time the game can look completely different. And that’s got to be our focus as a batting group. Starting your innings in England can be the hardest thing to do.”

Root attributed his brilliant run of form to the technical changes he made recently. “Sometimes it’s that old adage if you have to take a little bit of backward step to come forward and feel like reaping the rewards of that and I think I’ve obviously, over a period of time, found myself getting out between 50 and 100.

“I feel I’ve managed those phases little bit better now. Just through a better understanding of what I want to play, what I want to leave. And I suppose, just even more experience within the game.”

He duly credit the Indian pace attack for exploiting English conditions to perfection. “They’ve got a wonderful attack and I say, look around Test cricket, there are some fantastic attacks out there. A lot of them do suit English conditions or have had the exploits to manage these conditions very well.

“India certainly have done that so far in this series, and we’ve got to keep being smart about finding ways to counter that, finding ways to score put the pressure back on them. I think one thing they have is they have a good balance, they have variety of different release points.”