India vs England: Virat Kohli and Co. to get second dose of COVID-19 vaccine on July 7 and 9 in UK

While the Team India players are currently on a break after the completion of the World Test Championship, they are set to go into quarantine in Durham from July 14. 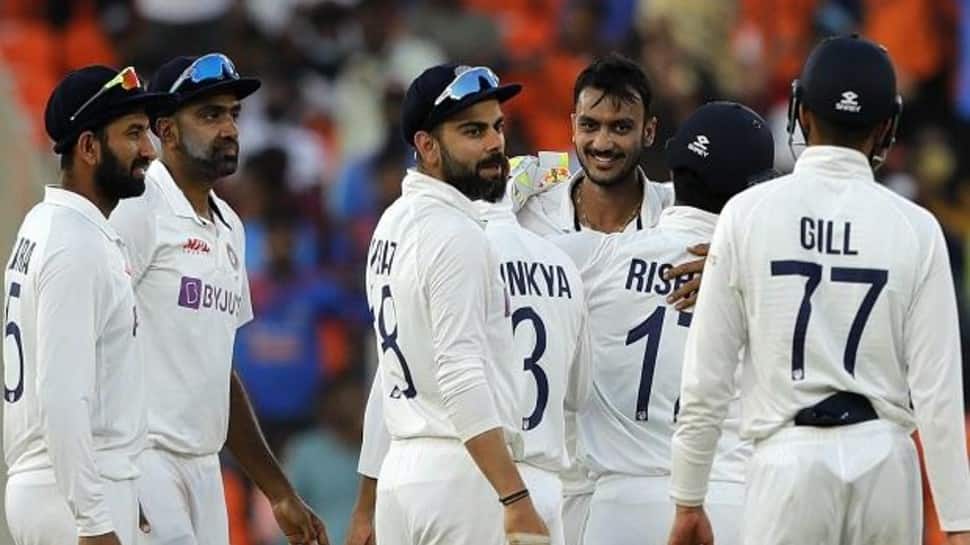 India skipper Virat Kohli and boys are currently on a break in the UK ahead of the five-match Test series against England and the cricketers will be administered their second dose of COVID-19 vaccines on July 7 and 9.

Speaking to ANI, sources in the know of developments said the second round of vaccination has been planned for the boys.

"The second dosage has been planned for the cricketers and they will be vaccinated on Wednesday and Friday," the source said.

While the Team India players are currently on a break after the completion of the World Test Championship, they are set to go into quarantine in Durham from July 14.

The Indian players are also set to play a warm-up game from July 20 to 22 after the Board of Control for Cricket in India (BCCI) requested the English and Wales Cricket Board (ECB) to arrange for a practice game before the first Test gets underway on August 4.

While speaking to the media in the virtual press conference at the end of the World Test Championship final against New Zealand, Kohli had said his side wanted first-class games ahead of the series against England, but they have not been given that.

Meanwhile, India opener Shubman Gill has been ruled out for eight weeks after he suffered a shin injury post the final encounter at Ageas Bowl in Southampton. Incidentally, pacer Ishant Sharma had suffered an injury to his bowling hand while stopping a ball during the WTC final at the Ageas Bowl and had to get three stitches. But the pacer is set to be fit in time for the England Tests.

"Ishant hurt his bowling hand while stopping the ball and had to get three stitches. But he will be ready for the Tests against England which starts on August 4," a source had said.