In the 11th over of the match, Kohli lost his cool and gave a piece of his mind to Shardul Thakur following a lazy piece of fielding in the deep. 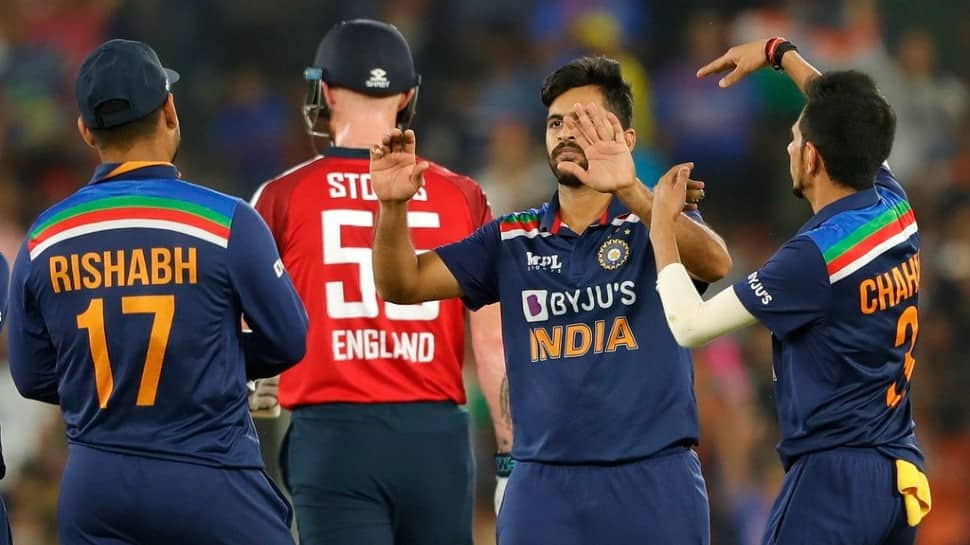 Team India succumbed to their second defeat in the on-going five-match T20 series against England and are currently trailing the visitors 1-2 in the series. After posting a modest 156 runs in the first innings, India’s poor fielding let them down in the England chase as they lost the third T20 international at the Narendra Modi Stadium in Ahmedabad by eight wickets.

In the 11th over of the match, Kohli lost his cool and gave a piece of his mind to Shardul Thakur following a lazy piece of fielding in the deep. Kohli, who sets high standards in the field and prides on that, felt that Thakur could have prevented a second run had he been quick to the ball. But again, one has to credit Jos Buttler and Jonny Bairstow for being lightning quick.

Here is how fans reacted...

Virat Kohli gets angry and abuses Shardul Thakur. This was the moment that the audience would forget the grief of England's batting .#INDvENG

Earlier in the day, Kohli played the captain’s knock to perfection as he smashed his 27th fifty in the T20I format. It was Kohli’s 77 not out off 46 balls that helped India post a 156-run score – which at one stage looked far-fetched.

This was Kohli’s second consecutive fifty and also he remained unbeaten on both occasions. In all probability, Kohli would rate the fifty during the third T20I higher as it came when the team needed it the most. The Indian skipper walked into bat with a score of 20 for two.