India vs SL 2021: Don’t get these kind of conditions in T20 often, says coach Rahul Dravid

Rookies Devdutt Padikkal, Ruturaj Gaikwad, Nitish Rana along with Sanju Samson literally struggled against a quality spin bowling attack led by leg-spinner Wanindu Hasaranga. Asked if he was disappointed in the manner the younger players were found wanting against Hasaranga and company, Rahul Dravid replied in the negative. 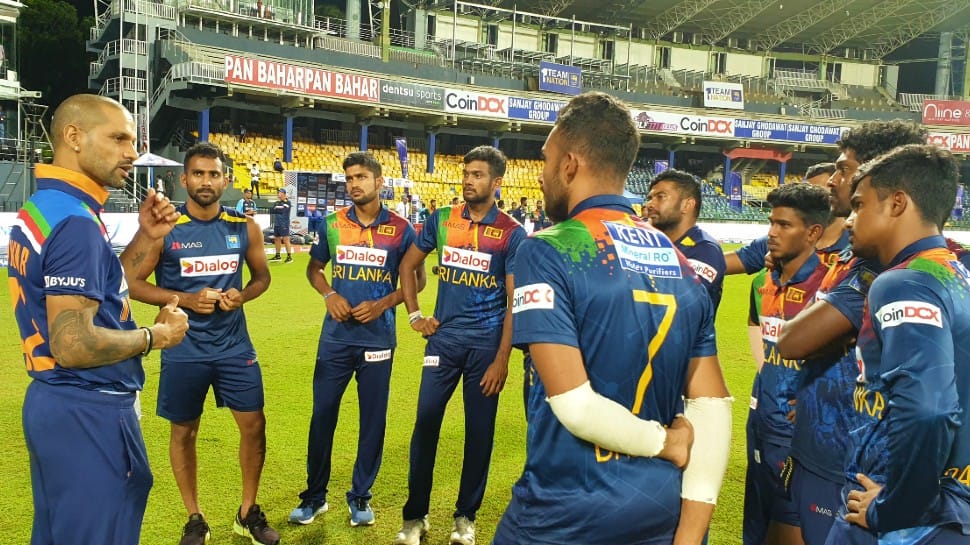 Interim head coach and former India captain Rahul Dravid believes that the new crop of Indian batsmen will learn with experience that ‘not all wickets will be flat’ and they need to develop the art of scrapping it out on low-scoring tracks like the ones on offer during the last two T20 Internationals against Sri Lanka. India lost the three-match T20 International series against Sri Lanka 1-2 on Thursday, playing without nine of their first team players due to COVID-19 related isolation.

Rookies Devdutt Padikkal, Ruturaj Gaikwad, Nitish Rana along with Sanju Samson literally struggled against a quality spin bowling attack led by leg-spinner Wanindu Hasaranga. Asked if he was disappointed in the manner the younger players were found wanting against Hasaranga and company, Dravid replied in the negative.

“I am not disappointed as they are young. They are going to learn and get better only when they are exposed to these kind of conditions and quality of bowling. Sri Lankan team's bowling attack is an international bowling attack,” Dravid said, while assessing the overall performance in the series.

But the former India captain and an all-time great did admit that there is lot to learn on how to play on challenging tracks, saying pitches in domestic cricket have become easier to bat as compared to his times. “They would have liked to score a few more runs. They now have an opportunity to reflect that not all wickets are going to be flat. We need to find ways to scrap and score 130, 140 on these wickets,” Dravid observed, after seeing the Ranas and the Padikkals struggle on a R. Premadasa track where ball wasn’t coming on to the bat.

“It’s really a good learning as they are all young players. This is a great opportunity to reflect on these performances and may be come up with some slightly better strategies. Let me be fair, we don't get these kind of conditions very often in T20 cricket but when you do, I think, you have responsibility to play slightly better,” the head of National Cricket Academy said.

Dravid said even his generation had their share of struggles but he feels during their times, they did play on tracks that offered turn and some were ‘under-prepared’.

“I think the wickets in domestic cricket may have got better – one thing that is probably different when I was sort of starting while growing up the wickets tended to turn a little bit more. Honestly some of the wickets we used to play used to be under-prepared but wickets have got a bit better in Ranji Trophy which is great. I don’t think the talent is missing it’s just that you need experience to figure out a few more stroke making options in these kinds of pitches,” he opined.

Need to blood young players with experienced ones: Dravid

The problem with the COVID-19 isolation was the fact that save skipper Shikhar Dhawan, there wasn’t a single experienced batsmen available which would have nicely blended with the youngsters in this team.

Dravid didn’t want to take names of who all are T20 World Cup aspirants while praising the Indian spin quartet of Kuldeep Yadav, Yuzvendra Chahal, Varun Chakravarthy and Rahul Chahar.

“We have a really good crop of spinners who are coming through. Heartening to see how our four spinners performed and even stand bye spinner Sai Kishore is a really good bowler,” Dravid felt.

Sanju Samson, who has now failed in nine consecutive T20 matches since last year, was defended by the Indian coach. “It was not the easiest pitch to bat on. In ODIs, he got a chance and scored 46. He was batting well in the first T20 but last couple of wickets (pitches) were challenging. I guess yeah, if you look back at the series, we will be a little disappointed. Having said that not only Sanju but a lot of young guys in this team are talented kids, and we need to patient with them,” he added.

Dravid was also impressed by the fact that the young team was able to live a cooped up life in a bio-bubble for 45 days with only six matches to play. “We have been in bubble for 45 days and we have played only six matches in those days, for a variety of reasons. The Sri Lankan boys picked up COVID-19 after their England tour and whole series got postponed,” he said.

“....It has been challenging. The boys have been in quarantine and they have been in bubble and they have only seen hotels, even in hotels, certain parts of hotels. It’s credit to all boys in the manner they maintained their spirit and worked really hard, I can’t fault any of the boys for their effort,” he said.

He praised skipper Dhawan and his deputy Bhuvneshwar Kumar for maintaining a good team environment in difficult times. “Shikhar, Bhuvi, the leadership group for the environment that they created and terrific energy that they created, I can’t fault them on their effort.”

However, he put things in perspective as to how playing cricket in these times of pandemic was a privilege when so many people around the world were suffering. “It was tough for us and not an easy situation to be in. We are lucky to play cricket as we have seen in last few years, a lot of people go through a lot of sufferings and go through some very very difficult times,” he said.