KXIP threw away the game from a winning position against KKR, losing their fifth game on the trot. Chasing a below-par 164, Kings XI cruising towards victory at 115/0 from 14.1 overs, they played into the opponent hands and couldn’t get the job done. 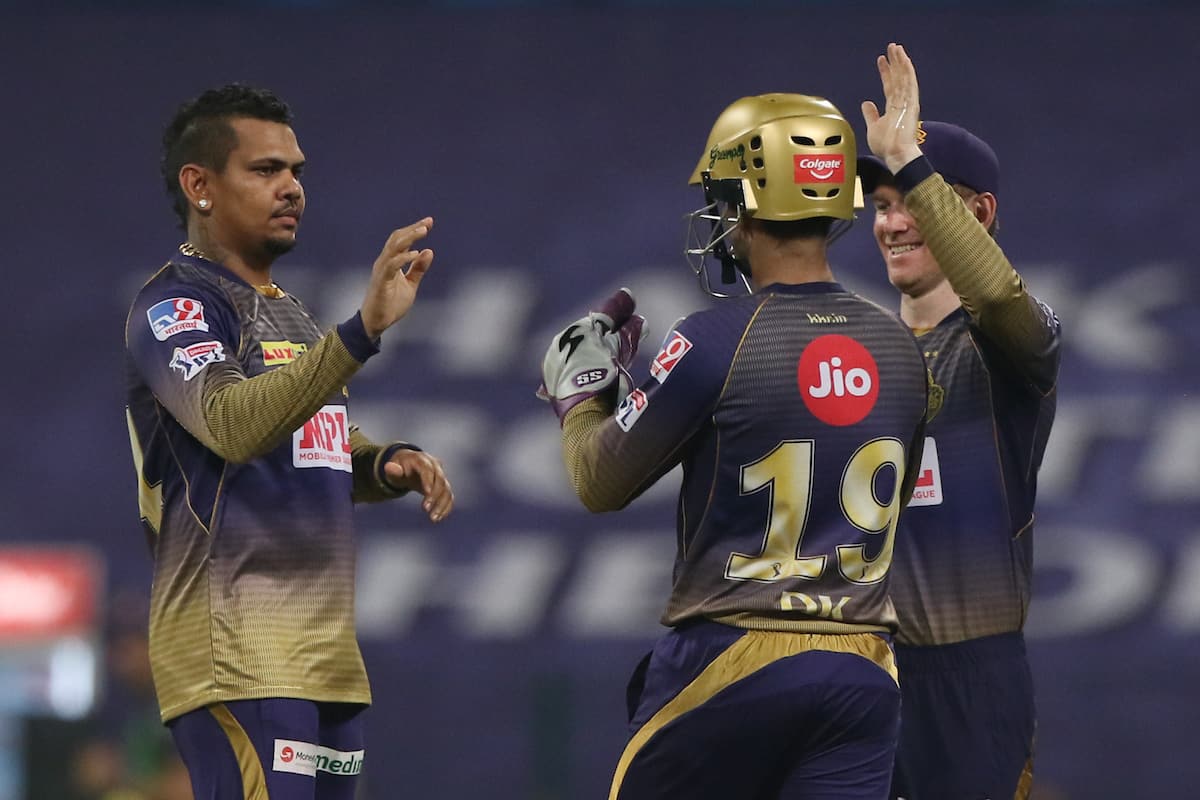 Kolkata Knight Riders mounted a last-minute comeback to beat Kings XI Punjab by 2 runs in a final ball thriller at the Sheikh Zayed Stadium in Abu Dhabi on Saturday (October 10).

Chasing a below-par 164, Kings XI cruising towards victory at 115/0 from 14.1 overs, they played into the opponent hands and couldn’t get the job done. It was an absolute tank job from KXIP which handed the win to KKR. KXIP thus lost their fifth game on the trot and it would now take an absolute miracle for them to get a stake in the playoffs.

KXIP openers Mayank Agarwal and KL Rahul had both scored brilliant fifties. They did not take any unnecessary risks and looked completely at ease against the KKR pacers. The duo played some textbook strokes across the ground and didn't try to hit the ball in the air. While Rahul played the role of the sheet anchor, Mayank was the aggressor as he imposed himself against the KKR bowlers It looked like they would take their side to a 10-wicket victory but it wasn’t meant to be.

KKR were handed a big blow when their powerhouse Andre Russell injured his knee while fielding in the deep. The big man hobbled off the field and couldn’t bowl for his side.

In the second ball of the 15th over, KKR finally got their opening breakthrough when Mayank Agarwal tried to go big on the leg side but ended up giving a straight catch to Shubman Gill on a slower ball. The opening partnership yielded 115 runs for KXIP and at that moment it seemed like it was too late for KKR to stage a comeback. But destiny, as they say, had other plans.

KXIP lost Nicholas Pooran in the 18th over for 16 off 10 balls (4x2, 6x1).  He was bowled by fellow Trinidadian Sunil Narine. Only 21 were needed from 16 balls after his dismissal. But, in a strange decision, the KXIP management sent in newbie Prabhsimran Singh ahead of the seasoned Glenn Maxwell.

Prabhsimran didn't really help matters as he played three dot balls on the trot to put the pressure back on his side. 20 were needed from 12 balls but Prasidh Krishna bowled a magnificent penultimate over where he removed both Prabhsimran and the set KL Rahul – While giving away only 6 runs.

Earlier, KKR won the toss and skipper Dinesh Karthik opted to bat first. Rahul Tripathi and Nitish Rana were sent to the pavilion early with KXIP seamers bowling some tight lines. Shubman Gill (57 off 47 balls; 4x5) played a composed innings and engaged in a steady partnership with Eoin Morgan (24 off 23 balls; 4x2, 6x1) to rebuild the innings.

Morgan’s departure brought skipper Dinesh Karthik to the crease. Karthik, got into the act straightaway and timed the ball beautifully - All KXIP bowlers were taken to the cleaners as Karthik raced away to his fifty in just 22 balls. He engaged in a rapid 82-run stand with Shubman Gill, which set the tone for his side's competitive total on a slow pitch in Abu Dhabi.

KKR have won their second game in this fashion after having completed a win in similar fashion against CSK in their last outing, where they looked done and dusted at one stage – only to fathom a win.

KKR will take the win, however scrappy it might be but would need bigger performances from their stars if they want to be the frontrunners in the competition. Fans would also be eager to know about the extent of Russell’s injury.