Chasing the target of 207 runs, the Virat Kohli-led side failed to counter Kings XI Punjab's bowling attack as they suffered a dramatic collapse to get eventually bundled out for 109. 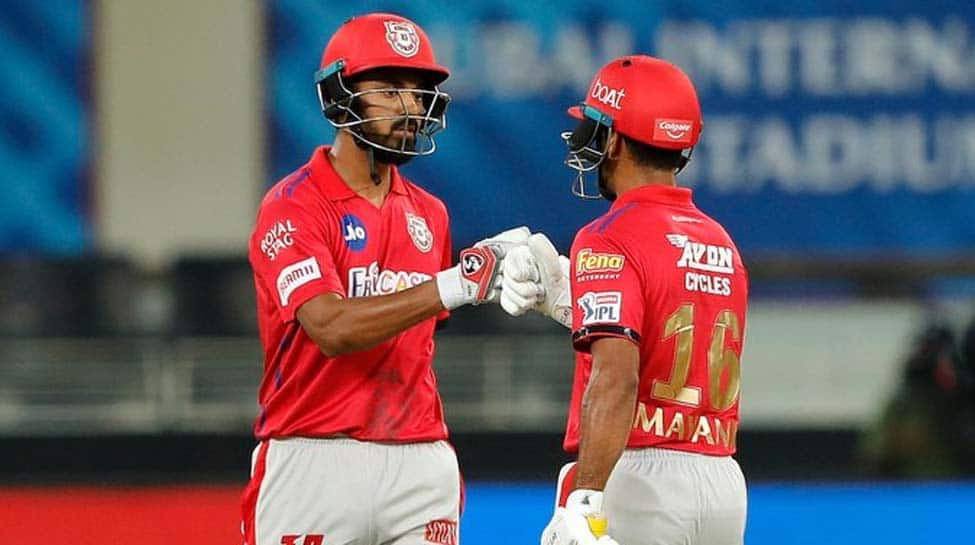 Kings XI Punjab skipper KL Rahul notched up the highest individual score by an Indian in the history of the Indian Premier League to help his franchise thrash Royal Challengers Bangalore (RCB) by 97 runs in their second match of the 2020 edition of the cash-rich league at the Dubai International Stadium on Thursday.

Asked to bat first by the Virat Kohli-led side, Rahul led from the front as he not only smashed the maiden ton of the 13th season of the IPL, but also stitched crucial 57-run and 78-run partnerships with Mayank Agarwal (26) and Karun Nair (unbeaten at 15), respectively to help Kings XI post a mammoth score of 206 for three in their stipulated 20 overs.

It was Rahul's second ton of the IPL and fourth overall in T20s. With the blistering knock, he broke the record of the highest score by any Indian in the IPL, surpassing the record of 128 not out set by wicketkeeper-batsman Rishabh Pant.

Rahul, who reached the three-figures mark off 62 balls, also scored 14 boundaries and seven sixes during his knock.

En route to his blistering knock, the wicketkeeper-batsman also crossed the 2,000-run mark in the lucrative T20 tournament.

For RCB, Shivam Dube bagged two wickets, while Yuzvendra Chahal managed to add just a wicket in his account.

In reply, the Virat Kohli-led side failed to counter Kings XI Punjab's bowling attack as they suffered a dramatic collapse to get eventually bundled out for 109.

Washington Sundar was the highest scorer for RCB with 30 runs--which was also his top score in the IPL. AB de Villiers contributed with 18-ball 28.

Ravi Bishnoi and M Ashwin claimed three wickets each for Kings XI Punjab. Sheldon Cottrell bagged two wickets, while Mohammed Shami and Glenn Maxwell chipped in with a wicket each.

Rahul was declared 'Man of the Match' for his match-winning performance.

The Punjab-based franchise will now take on Rajasthan Royals on September 27, while RCB will lock horns with defending champions Mumbai Indians a day later.