Mumbai Indians completed their first victory of IPL 2020 in emphatic fashion. Skipper Rohit Sharma led from the front with his brilliant 80 as Mumbai reached 195/5. KKR batsman, in reply, failed to get going against Mumbai's disciplined bowling. 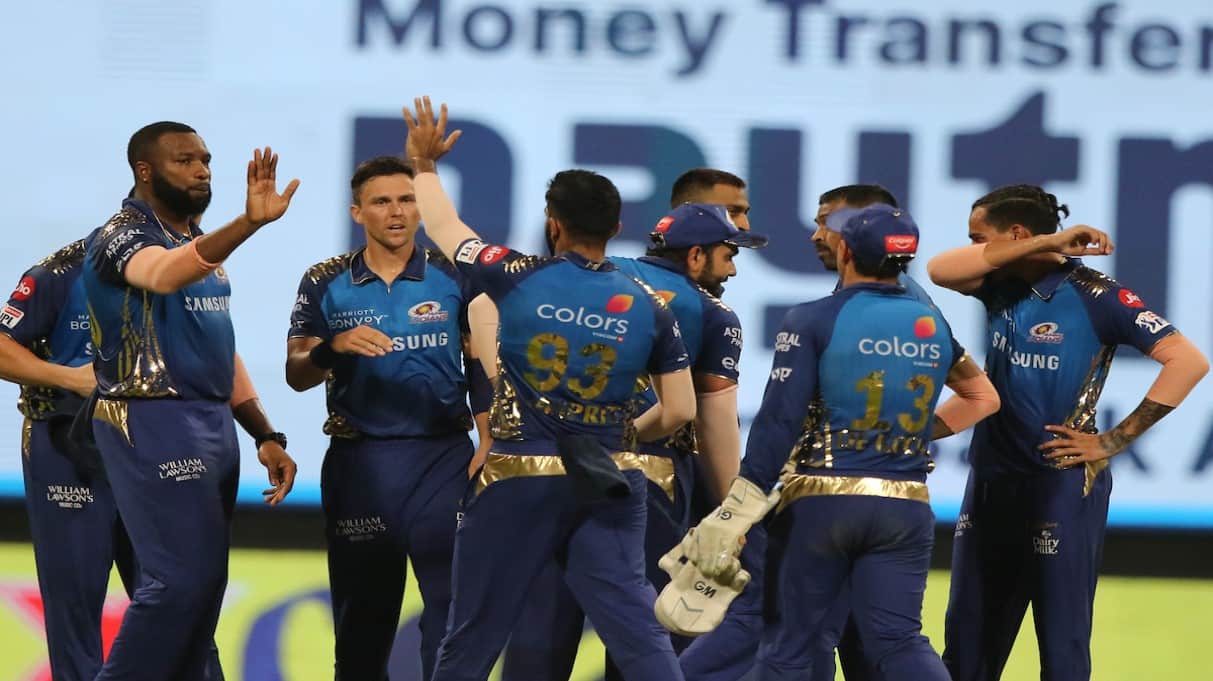 Knight Riders' batsman failed to get going and never really threatened the disciplined bowling attack of Mumbai Indians. It was only a rapid-fire 33 off 11 deliveries from Pat Cummins that was anything of notice in KKR’s otherwise dismal scorecard.

Rohit Sharma led from the front with his brilliant 80 (off 54 balls; 4x3, 6x6). Fellow opener Quinton de Kock was dismissed early in just the second over by Shivam Mavi.

But Rohit and Suryakumar Yadav (47 off 28 balls; 4x6, 6x1) showed tremendous intent and laid the groundwork for a big total. The duo knitted a 90-run stand, especially targeting their spearhead Pat Cummins – sending across their message.

Yadav was run-out in the 11th over but then Rohit decided to take matters into his own hands. He reached another milestone by completing 200 sixes in the IPL.

Only Narine (4-0-22-1) was spared the blushes and the others were taken to the cleaners.

Hardik Pandya looked dangerous in his short stay at the crease but strangely was dismissed hit wicket when he went way too deep inside the crease and tried to cut one.

KKR mounted a small comeback into the game when both Rohit and Pandya were dismissed in a span of five deliveries at the death. Pollard, playing his 150th IPL game, failed to provide the frantic finish that they were looking for as KKR bowled well at the death.  Mumbai still finished their innings at an impressive 195/5.

They steadied the ship but just when the duo had started to express themselves, both were dismissed inside two overs. Pollard, bowling for the first time since IPL 2017, picked-up his first IPL wicket in 5 years – when he removed Rana.

After that Jasprit Bumrah landed the final nail in the coffin when he picked-up the last recognised duo of Eoin Morgan and the heavy hitting Andre Russell in the same over.

It was only a rapid-fire 33 off 11 deliveries from Pat Cummins that was anything of notice in KKR’s otherwise dismal scorecard. With their defeat already being a foregone conclusion, the Australian hit four sixes of Bumrah’s final over to somewhat tarnish his magnificent spell.

The victory will be a blatant statement of purpose for the opposition from Mumbai Indians. They will take on Royal Challengers Bangalore in their next match on September 28.