IPL 2019, Bangalore vs Mumbai: How the action unfolded

Team Bangalore led by Virat Kohli recorded defeat by a margin of 6 runs against Mumbai in the seventh clash of the 12th edition of the Indian Premier League (IPL) at the M.Chinnaswamy Stadium, Bengaluru on Thursday. 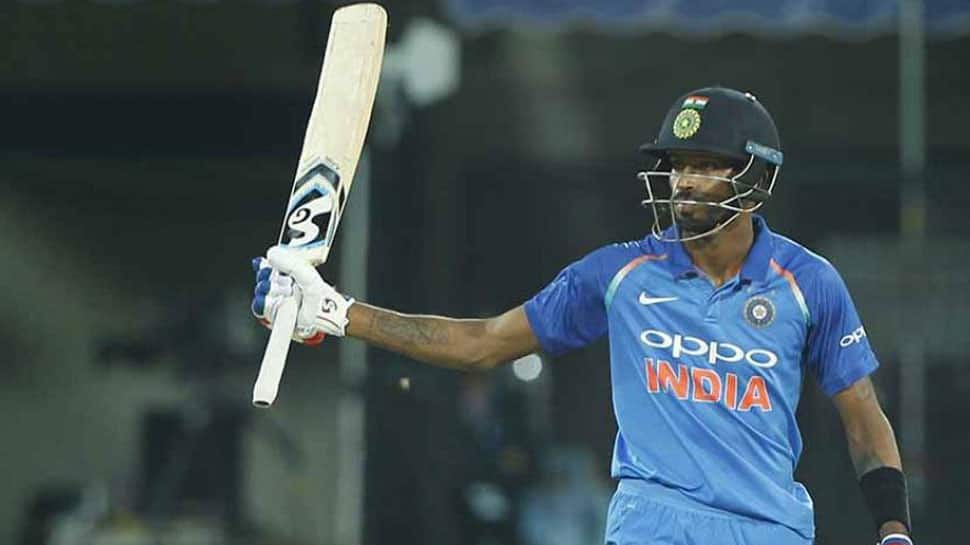 Team Bangalore, led by Virat Kohli were defeated by 6 runs in their first home clash against Mumbai, led by Rohit Sharma.

# Need 9 runs from 3 balls following a six off the first delivery!

# Lasith Malinga to bowl the final over!

# Shivam Dube is the next batsman in!

# Wicket! Colin de Grandhomme dismissed for 2 runs off 7 balls off a slow, wide delivery by Bumrah, with Krunal Pandya making no mistakes with the catch. Bangalore 169/5 (18.3 overs)

# Jasprit Bumrah to bowl his final over!

# Colin de Grandhomme is the next batsman in!

# Wicket! Shimron Hetmyer departs for 5 as he attempts to smash a length delivery by Bumrah without proper timing, resulting in a catch to Hardik Pandya. Bangalore 147/4 (16.1 overs)

# Jasprit Bumrah to bowl his third over!

# 20 runs off the over, as AB de Villiers inching closer to a half-century following two consecutive sixes and a boundary. Bangalore 147/3 (16 overs)

# Lasith Malinga into the attack!

# 11 runs off the over as de Villiers smashes two consecutive boundaries. Bangalore 127/3 (15 overs)

# Hardik Pandya to bowl his second over of the innings!

# Wicket! Virat Kohli dismissed for 46 as he fails to negotiate a short delivery by Bumrah resulting in a catch to Hardik Pandya who makes no mistakes.

# Jasprit Bumrah into the attack !

# Lasith Malinga back into the attack!

# 13 runs off the over as Kohli and AB de Villiers score a boundary and six respectively. Bangalore 95/2 (11 overs)

# Mayank Markande to bowl his third over of the innings!

# Mayank Markande continues with the ball!

# Krunal Pandya is set to bowl his second over!

# Wicket! Parthiv Patel dismissed for 31 as he fails to negotiate a googly by Markande with the ball going on to hit the stumps following an edge. Bangalore 67/2 (6.5 overs)

# Mayank Markande into the attack!

# 12 runs off the over following a boundary and a six off the first two deliveries. Bangalore 60/1 (6 overs)

# 9 runs off the over as Kohli smashes boundaries off the last two deliveries. Bangalore 48/1 (5 overs)

# Jasprit Bumrah to bowl his first over of the innings!

# 17 runs off the over as Moeen Ali and Parthiv Patel smash two boundaries and a six. Bangalore 27/0 (3 overs)

# Mitchell McLeneghan to bowl his second over of the innings!

# Lasith Malinga to bowl his first over of this edition of the IPL !

# Mitchell McLeneghan to bowl the opening over for Mumbai!

# Moeen Ali and Parthiv Patel are set to open the innings for Bangalore and kick off the chase for 188!

# Jasprit Bumrah is the new batsman in!

# Wicket! Markande dismissed for 6 following an edge off the first delivery of the over to wicketkeeper Parthiv Patel. Mumbai 172/8 (19.1 overs)

# Mohammed Siraj to bowl the final over!

# 15 runs off the over as Pandya smashes a boundary and six off the first and third delivery. Mumbai 172/7 (19 overs)

# Navdeep Saini to bowl his final over!

# Mayank Markande is the new batsman in!

#Wicket! Mitchell McClenaghan departs for 1 following an inside edge onto the stumps off a seaming delivery. Mumbai 147/7 (17.1 overs)

# Mohammed Siraj set to bowl his third over!

# Mitchell McLeneghan is the next batsman in!

# Wicket! Krunal Pandya dismissed for 1 as Navdeep Saini pulls off a fine catch close to the ropes off a delivery which bounced at the batsman. Mumbai 146/6 (16.3 overs)

# Hardik Pandya is the new batsman in with Umesh Yadav set to bowl his final over!

# Wicket! Pollard dismissed for 5 as Yuzvendra Chahal finishes with figures of 4 for 38 after attempting a big hit off a turning delivery. Mumbai 145/5 (16 overs)

# Krunal Pandya is the new batsman in!

# Wicket! Suryakumar Yadav departs for 38 following a big hit off a turning leg-break without proper contact, with Moeen Ali pulling off a fine catch. Mumbai 142/4 (15.3 overs)

# Yuzvendra Chahal to bowl his final over of the innings!

# Wicket! Yuvraj Singh departs for 23 having smashed sixes off the first three deliveries of the over, handing to catch to Mohammed Siraj. Mumbai 124/3 (13.4 overs)

# Chahal to bowl his third over!

# 13 runs off the over as Suryakumar smashes boundaries off the last two deliveries. Mumbai 106/2 (13 overs)

# Moeen Ali into the attack!

# Wicket! Rohit Sharma departs for 48 off 33 deliveries after being deceived by a slower delivery by Umesh Yadav, resulting in a catch to Mohammed Siraj. Mumbai 87/2 (10.4 overs)

# Umesh Yadav to bowl his 3rd over of the innings!

# Colin de Grandhomme set to bowl his second over!

# Chahal to bowl his second over!

# Colin de Grandhomme into the attack!

# Wicket! De Kock attempts to go for a sweep shot before any proper contact on the delivery, with the ball going on to hit the stumps off an edge. Mumbai 54/1 (6.3 overs)

# Yuzvendra Chahal into the attack!

# Saini to bowl his third over of the innings!

# 11 runs off the over, as Rohit and de Kock continue to score runs consistently with a boundary and six off the over. Mumbai 43/0 (5 overs)

# Mohammed Siraj into the attack!

# 7 runs off the over, as Rohit Sharma smashes the first six of the Mumbai innings off the second delivery of the over. Mumbai 32/0 (4 overs)

# Saini to bowl his second over!

# Seven runs off the over, as Mumbai continue to score at a consistent rate following a boundary by de Kock off the fourth delivery. Mumbai 25/0 (3 overs)

# Yadav to continue with the ball!

# Nine runs off the second over as well as Rohit smashes two boundaries to make it 16 runs off 8 deliveries. Mumbai 18/0 (2 overs)

# Navdeep Saini to bowl the second over!

# 9 runs off the first over, as Rohit smashes two boundaries off the second and fourth delivery. Mumbai 9/0 (1 over)

# The clash is underway!

# Team Bangalore players have entered the ground with Umesh Yadav set to open the bowling!

# Mumbai openers Quinton de Kock and Rohit Sharma have made their way down to the crease!

# The clash will kick off in a few minutes!

# Team Bangalore have won the toss and opted to field!

# Both the captains have made their way down to the field for the toss!

# Both the teams have recorded a defeat in their respective opening matches!

With Jasprit Bumrah 'ready and roaring' after an injury scare, Team Mumbai would fancy their chances against an erratic Bangalore when the two star-studded teams square off in the IPL on Thursday.

Both teams will be eager to register their first win of the IPL and the onus will be on Kohli and Rohit, both of who failed with the bat in their respective opening matches.

Yuvraj Singh will also be in focus after the 37-year-old started the season on a classy note hitting a sublime half-century against Team Delhi. Mitchell McClenaghan will be eager to face the challenge of bowling to Kohli, AB De Villers and Shimron Hetmyer.

Leg-spinner Yuzvendra Chahal will again be the key man in the Team Bangalore bowling attack and will need the support of the other bowlers.