As many as seven overseas players have valued themselves at a base price of Rs 2 crores while Robin Uthappa is the sole Indian player priced at Rs 1.5 crore. 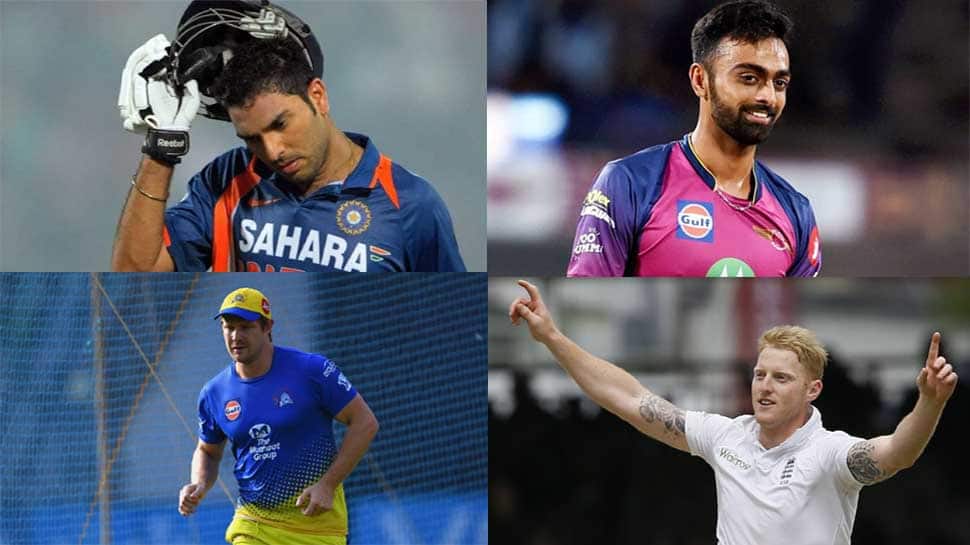 The 2020 edition of the Indian Premier League (IPL) Player Auction will kick off later on Thursday in Kolkata with at least 332 cricketers going under the hammer this year. As many as seven overseas players have valued themselves at a base price of Rs 2 crores while Robin Uthappa is the sole Indian player priced at Rs 1.5 crore.

All eyes will be on which player gets the highest bid at the auction process this year.

Here's a list of players who previously fetched high bids.

Ben Stokes: The all-rounder from England has a great record at IPL auctions, having twice shattered records by fetching a whopping Rs 14.5 crores in 2017 by the now-disbanded franchise Rising Pune Supergiants (RPS), and then Rs 12.5 crores the following year. Stokes was snatched up by the Rajasthan Royals in 2018 and his contract has been retained by the franchise for the upcoming edition.

Yuvraj Singh: India's most prolific all-rounder remains the highest bidded player in the IPL for two consecutive years when he was picked up by the Royal Challengers Bangalore (RCB) in 2014 for a staggering Rs 14 crore. Though the southpaw did not have a great season, he was picked up by Delhi Daredevils for Rs 16 crore the following year. Yuvraj has since retired from all forms of cricket and he will not be playing at the IPL in 2020.

Varun Chakravarthy, on the other hand, was the surprise package as Kings XI Punjab bought the spinner for Rs 8.4 crores. Varun, however, missed a major chunk of the IPL season due to injury.

Shane Watson: The Australian all-rounder, who retired from international cricket in 2016, was the most sought-after player during the 2016 edition. He was picked up by the Royal Challengers Bangalore for a whopping Rs 9.5 crores. Watson, who is currently with the Chennai Super Kings, has been retained.

IPL 2020 Auction Live Streaming: When and where to watch Live telecast