Mumbai Indians defeated Delhi Capitals in the Final yesterday (November 10) to win their second consecutive IPL title. The two finalists were handed huge sums of cash for their fantastic performance in IPL 2020. 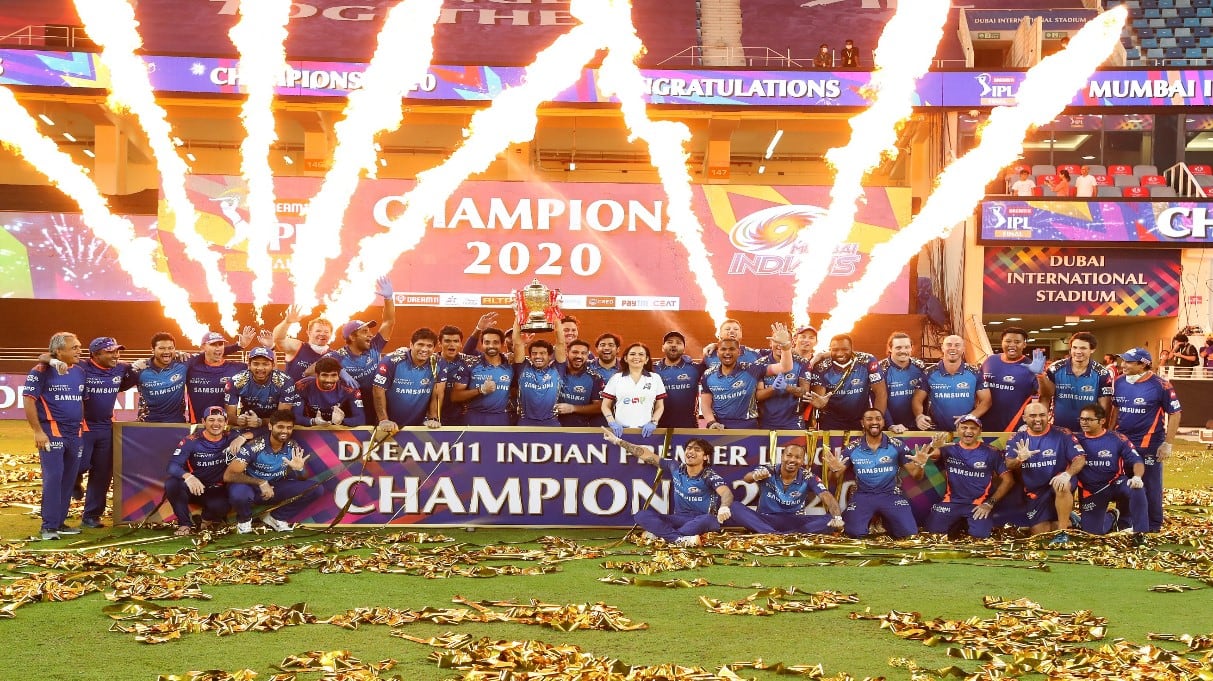 Mumbai Indians claimed a record-extending fifth IPL crown by defeating Delhi Capitals in the final by 5 wickets on Tuesday (November 10) at Dubai.

As we finally get over the IPL season that lasted for a little less than two months, there are still some interesting details about it that might have gone unnoticed.

One of the very peculiar things that no one pays attention to is the prize money handed out to the winners of this cash-rich league. The fans are often left wondering as to how much the winning side is getting paid and they surely have no idea about the reward given to the finalists.

Mumbai Indians received an astonishing Rs 20 crores while the finalists Delhi Capitals received a very handy Rs 12.5 crores. This is a huge sum of money that these sides can use to make their squads even stronger.

This was strange to many as BCCI had earlier announced that prize money this year will be brought down from Rs 20 crores to Rs 10 crores (for the winners) while the runner-up will get Rs 6.25 crores (compared to 12.5 crores last year) – in order to handle the financial losses that they incurred due to the COVID-19 pandemic.

This was Mumbai Indians’ second consecutive IPL title – they had looked like the strongest team in this edition and deservingly won the crown.