Defending 175 against Rajasthan Royals, Kolkata Knight Riders won the match by 37 runs to jump to second spot in the ladder with back-to-back wins. 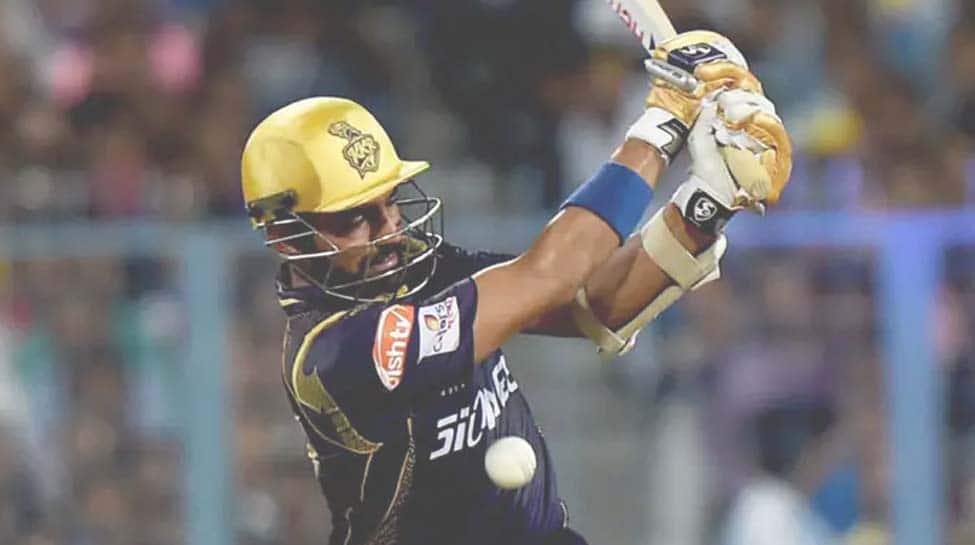 In a violation of the ICC's COVID-19 protocol, India and Rajasthan Royals batsman Robin Uthappa was seen applying saliva on the ball while fielding against Kolkata Knight Riders in an IPL match in Dubai.

The incident happened right after Uthappa dropped a Sunil Narine skier in the fifth ball of the third over here on Wednesday. He was seen applying saliva after collecting the ball at the mid-on region and the video of it has since gone viral on social media.

The IPL has not issued any statement on the incident so far.

The ICC banned the use of saliva to shine the ball due to the COVID-19 pandemic in June this year.

"If a player does apply saliva to the ball, the umpires will manage the situation with some leniency during an initial period of adjustment for the players, but subsequent instances will result in the team receiving a warning," it had stated in its Standard Operating Procedure for the game.

"A team can be issued up to two warnings per innings but repeated use of saliva on the ball will result in a 5-run penalty to the batting side. Whenever saliva is applied to the ball, the umpires will be instructed to clean the ball before play recommenced," the ICC notification read.

Defending 175, Kolkata Knight Riders won the match by 37 runs to jump to second spot in the ladder with back-to-back wins.