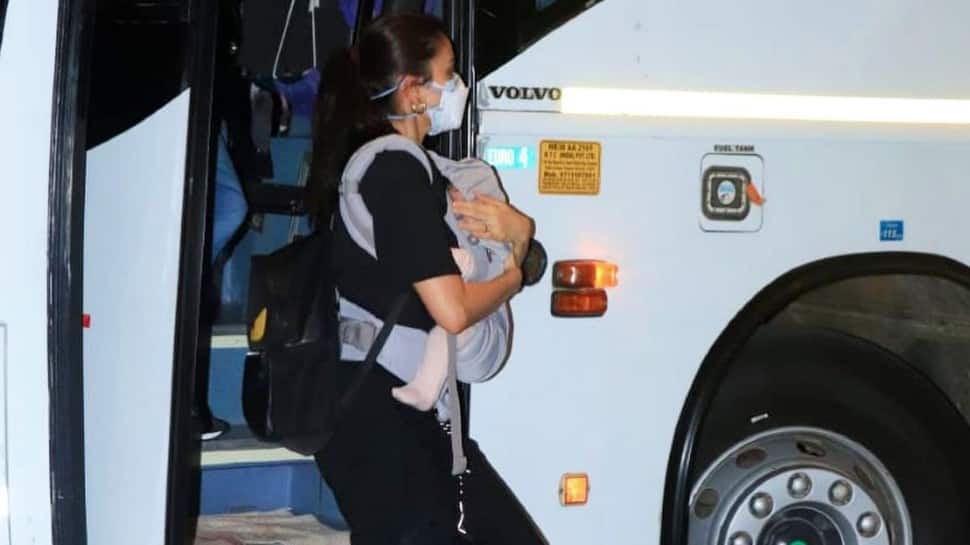 The Indian Premier League (IPL) every year gives opportunity for cricketers different countries to mingle with each other and share their experiences and knowledge. No wonder that former South Africa captain AB de Villiers and Indian skipper Virat Kohli are the best of mates on-and-off the field thanks to their association with IPL franchise Royal Challengers Bangalore.

The picture shows Anushka giving a big bright smile to the camera with her daughter Vamika in her arms. In the picture, Anushka and Danielle are seen wearing a transparent face mask and they pose for a selfie in India. Baby Vamika and Yente de Villiers are seen in their mommy’s arms while they pose for the click. 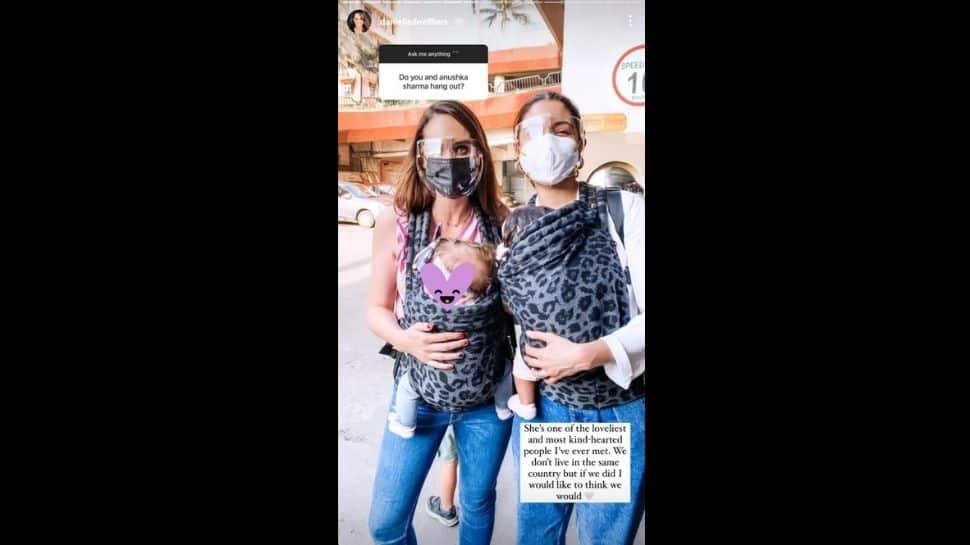 Danielle recently conducted an ‘Ask Me Anything’ session on Instagram where one of her fans asked her, “Do you and Anushka Sharma hang out?” To which she replied, “She’s one of the loveliest and most kind-hearted people I’ve ever met. We don’t live in the same country but if we did I would like to think we would.”

Danielle shared Anushka Sharma and Vamika’s unseen photo that took not a single minute to get viral. The adorable photo will right away warm your heart.

Anushka Sharma never misses a chance to support her husband and Indian cricket captain Virat Kohli. A few days ago, the star with her baby headed with Kohli to England for the upcoming World Test Championship, where she was once again snapped at the airport. Anushka was seen holding Vamika on her one arm and it seems like the baby was fast asleep in her mother’s arms. However, while Anushka was trying to protect her baby from getting clicked, the paparazzi at the airport still managed to get a few glimpses and they went viral in no time in spite of Kohli’s angry glares.