Ambati Rayudu smashed the glass of a refrigerator placed beside Mumbai Indians dugout. 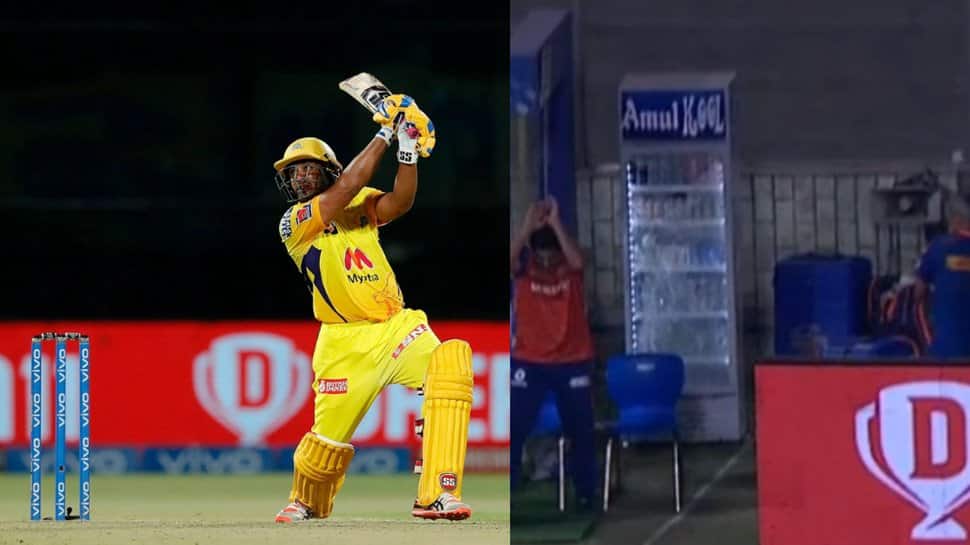 Ambati Rayudu had a brilliant day on the pitch as the veteran cricketer played an imperious knock of 72* from just 27 deliveries in the Indian Premier League clash between Chennai Super Kings and Mumbai Indians. Batting at a staggering strike-rate of 266.67, the right-handed batsman went on to smash four boundaries and seven maximums, guiding CSK to a massive total of 218/4 in 20 overs.

Rayudu, who arrived in the middle, when CSK lost two set batsmen in the form of Moeen Ali and Faf du Plessis. Raina, who came after Ali's dismissal, also failed to do anything and was sent back to the dugout in the fourth delivery he faced.

With CSK struggling at 116/4 in the 12th over, Rayudu along with Ravindra Jadeja took charge and what followed next was absolute carnage.

During the course of his innings, Rayudu also smashed the glass of a refrigerator placed beside Mumbai Indians dugout.

Rayudu reached his half-century in just 20 deliveries, making him the joint second-fastest CSK batsman to complete the milestone. Suresh Raina currently tops the chart with his 16-ball fifty against Kings XI Punjab in 2014, followed by 20-ball fifty by skipper MS Dhoni against Mumbai Indians.

Such was his impact that he didn't even spare Mumbai Indians' premier seamer Jasprit Bumrah, who ended up with the most expensive spell of his IPL career. The bowler was hit for 21 runs in his third over, after Rayudu and Jadeja combined to hit two fours and a six. Bumrah gave 56 runs and picked one wicket in his four overs.

IPL 2021: Virender Sehwag brands KKR as boring, says when they play 'I watch while fast forwarding it'