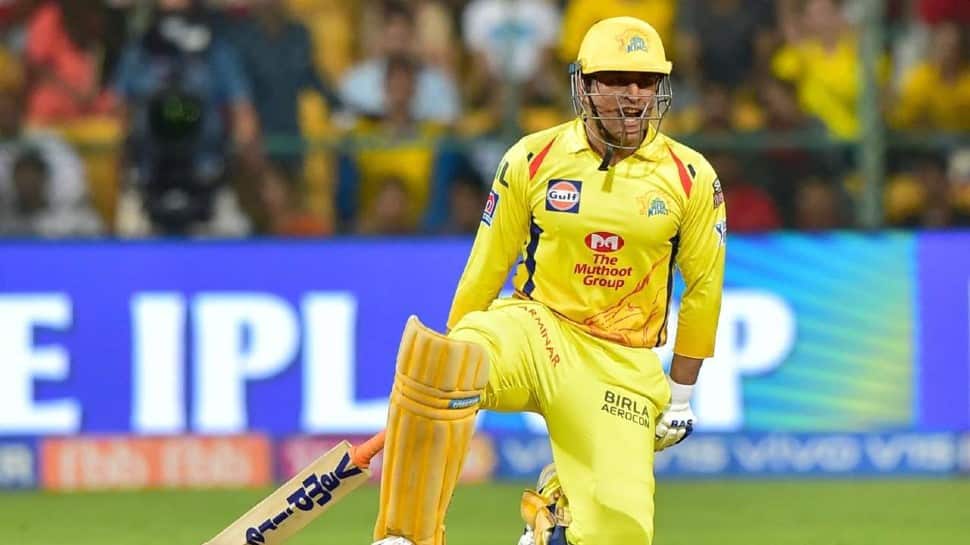 Chennai Super Kings skipper MS Dhoni once again failed to make big impact with bat as he scored just 18 runs off 17 balls in the IPL 2021 clash against Rajasthan Royals on Monday (April 19). Dhoni’s innings consisted of just 2 fours and he fell prey to Chetan Sakariya in the 18th over.

Notably, the 39-year-old, who was playing his 200th game as CSK skipper, was seen struggling with the bat and he failed to time most of his shots. Moreover, the former India skipper accumulated most of his runs with quick singles and doubles in death overs, when his side needed some big hits.

Also, it is worth noting that Dhoni got out for a duck in CSK’s opening match against Delhi Capitals (DC) and fans were expecting a big innings from him. However, the wicketkeeper-batsman failed to live up to the expectations.

Meanwhile, netizens didn’t spare Dhoni and trolled him for his slow innings.

Dhoni's place in the batting order, given his recent firm, must be number 11.

Don't care what his fans say, Dhoni is a burden on CSK as a batsman. I hope he proves me wrong this season.

It is worth mentioning that earlier, former India batsman Gautam Gambhir has blasted Dhoni for coming out to bat at no.7 against DC.

Gambhir said that MSD is no longer the kind of player who can come in and send the ball to the boundary at the start of his innings.

"MS Dhoni should be batting higher, that's what matters because ultimately people should start leading from the front," Gambhir, who led Kolkata Knight Riders to the IPL title twice, said on Star Sports.

"We keep mentioning this thing that a leader needs to lead from the front. You can't be leading, when you're batting at number seven," he said.

Gambhir said that there are issues with CSK's bowling lineup but Dhoni batting higher up the order would be better for the team.

"Yes, there are issues in their bowling line up. Plus, he is not the MS Dhoni, which he used to be probably four or five years back, where he could just come in and start taking on the bowlers from the word go. For me, I think he needs to bat at number four or five. Nothing below that," said Gambhir.

Talking about the match, Faf du Plessis (33 off 17 balls) and Ambati Rayudu (27 off 17 balls) scored at a firing rate before Dwayne Bravo's 20 runs off 8 balls came handy in the death overs as CSK posted 188/9 in their allotted 20 overs against RR at the Wankhede Stadium on Monday.