Shreyas Iyer will arrive at Old Trafford on July 15 ahead of the start of the 50-over tournament and will remain with the Red Rose for the duration of the month-long group stage. 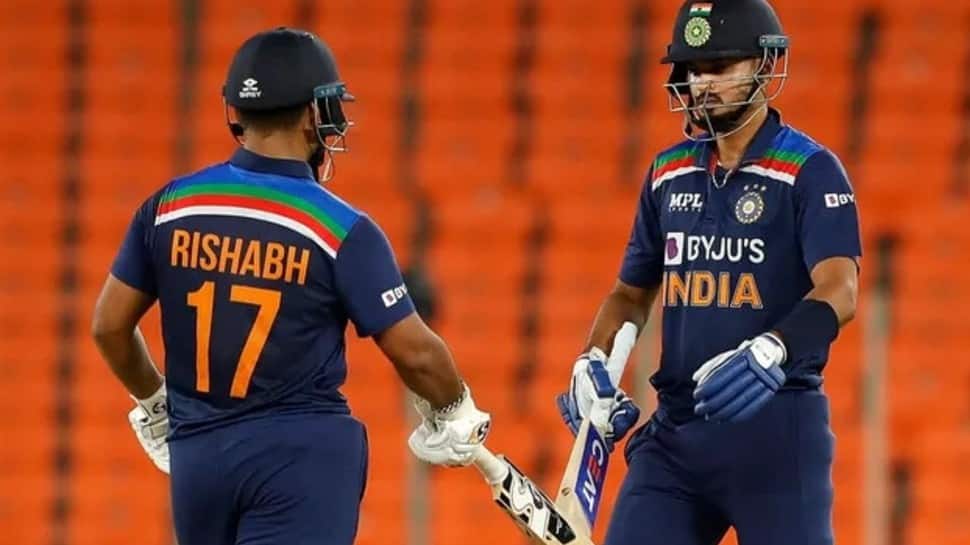 Iyer will arrive at Old Trafford on July 15 ahead of the start of the 50-over tournament and will remain with the Red Rose for the duration of the month-long group stage.

The top-order batsman is regarded as one of the most attacking and fluent stroke players in the Indian ranks and has played in 21 ODIs and 29 T20 Internationals for his country.

About the signing, Shreyas said: "Lancashire is a legendary name in English Cricket with a long-standing association with Indian Cricket. I am extremely humbled and honoured to carry the legacy forward of greats like Farokh Engineer, Sourav Ganguly, and VVS Laxman at Lancashire. Old Trafford is a world-class international stadium and I am looking forward to meeting my teammates and the supporters of the club."

26-year-old Shreyas is a star name of the Indian Premier League (IPL) and captained Delhi Capitals to the final last year crashing 519 runs -- the fourth highest in the tournament -- at a strike rate of 123. Following the conclusion of the last IPL, Shreyas played in all three matches of India's 2-1 ODI series victory in Australia and is currently part of the ongoing series against England.

In total, Shreyas has scored over 6,000 runs across his career so far hitting nine centuries. He averages just short of 45 in ODI cricket with eight fifties and a century to his name, since debuting in 2017.

The signing of Shreyas Iyer signals the latest step in Lancashire's long association with Indian cricket, which stretches back more than 50 years when India wicketkeeper-batsman Farokh Engineer joined the county in 1968. He would go on to become a Lancashire legend and now serves as a Vice-President of the Club. Since Engineer retired, four further Indian internationals -- Murali Kartik, Dinesh Mongia, VVS Laxman, and Sourav Ganguly -- have represented the Red Rose with distinction. In addition to this, legendary Indian batsman Sachin Tendulkar hit his maiden Test century at Old Trafford in August 1990.

In anticipation of the England versus India Test match series at Emirates Old Trafford from September 10-14, and a celebration of Shreyas' arrival, Lancashire Cricket will be hosting a special Indian Summer events schedule during 2021. A series of cultural events will take place that aims to bring the energy and excitement that Indian cricket supporters are famous for to Old Trafford on a regular basis.

India vs England: Suryakumar Yadav won't get into the playing XI in the first ODI, says VVS Laxman