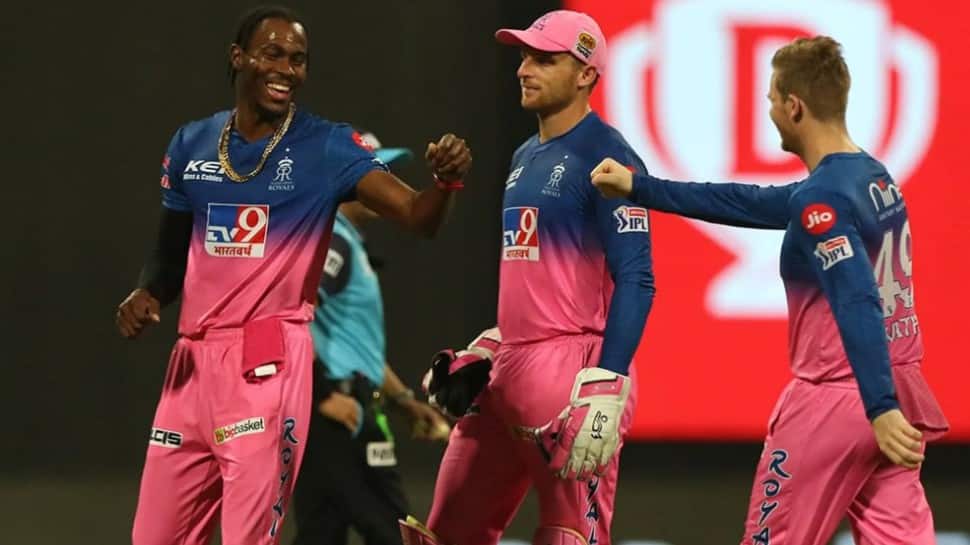 Jofra Archer (left) and Jos Buttler are part of the Rajasthan Royals squad in IPL 2021. (Photo: BCCI/IPL)
Share:
Reported By:

Head coach Chris Silverwood on Sunday confirmed that the Indian Premier League (IPL)-bound England players will be available for the entire tournament, which means those involved in the final stages are most likely to miss the opening Test against New Zealand.

“We haven’t looked at selection for the Test yet, but, for me, playing for your country is a big thing,” Silverwood said during a virtual press meet.

“It’s difficult to change anything, so they will be staying for the whole IPL as it stands at the moment,” he added.

The England Cricket Board (ECB) is reluctant about going back on an agreement made with the players that they are allowed to play the entire IPL and also an acceptance of the logistical challenges of adapting and changing plans to fly players back from series and tournaments in a bio-secure manner. As a result, despite Silverwood saying ‘playing for your country is a big thing’ he also said it was ‘difficult to change anything’ in terms of the IPL.

The seven English players, who were part of the Test series against Sri Lanka and India, include Ben Stokes, Jos Buttler, Jofra Archer, Moeen Ali, Jonny Bairstow and Chris Woakes and Sam Curran.

A number of England’s all-format players missed Tests against either Sri Lanka or India because of the ECB’s concerns about them spending the majority of the first five months of this year in bio-secure bubbles due to the ongoing COVID-19 pandemic – a period that includes the IPL. As a result, Buttler, Archer, Stokes, Sam Curran, Mark Wood, Jonny Bairstow, Moeen Ali and Chris Woakes all missed Tests they might otherwise have played.

Silverwood once again justified England’s rotation policy despite the 3-1 series loss to India. “The rotation system, I’m happy with that. You look at the amount of cricket that we've played and the amount we have in front of us, we have got to be proactive in looking after our players, making sure we keep them as fresh as possible so we can keep them going as long as possible,” the England head coach added.

The two Test matches against New Zealand were announced in January and are not part of the World Test Championships.