Like most aspiring Indian cricketers, Chetan Sakariya too had a dream to playing alongside CSK skipper MS Dhoni. After the match, he got the opportunity to take a picture with the CSK captain in the frame. 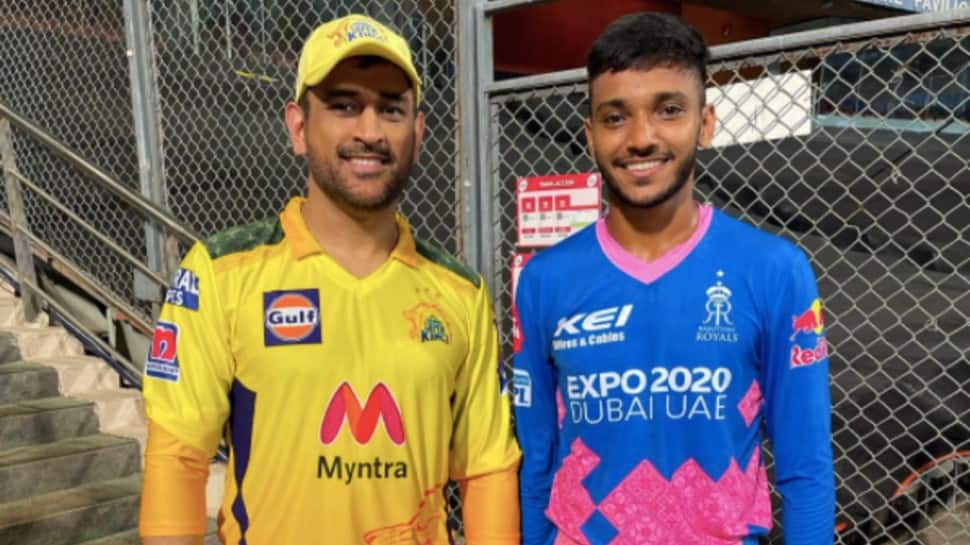 Rajasthan Royals paceman Chetan Sakariya has been one of the finds of the season when it comes to Indian Premier League (IPL) 2021. The Saurashtra left-arm seamer has picked up useful wickets since making his IPL debut this year. On Monday (April 19), Sakariya added another feather to his cap by dismissing Indian cricket legend and Chennai Super Kings skipper MS Dhoni.

Like most aspiring Indian cricketers, Sakariya too had a dream to playing alongside CSK skipper MS Dhoni. After the match, he got the opportunity to take a picture with the CSK captain in the frame.

Just after the picture was taken, Sakariya took to Instagram and shared the picture with an inspiring post. Hailing it as the best moment of his life, Sakariya wrote: “I admire you since i was a child and today i got the opportunity to play with you, it was the best moment of my life and i will cherish it forever.There won’t be anyone like you ever.. thanks a lot for inspiring all of us throughout the career.”

This is not the first time fans have seen cricketers being in awe after playing with the former India captain. However, Sakariya was the star for the Royals with the ball. He picked up three wickets and conceded 36 runs in his quota of four overs. Despite Sakariya’s good show with the ball, the Royals lost the match by 45 runs.

Things haven’t been easy for Sakariya, whose younger brother committed suicide earlier this year just ahead of the IPL 2021 mini-auction where he was bought by Rajasthan Royals for Rs 1.2 crore.

A second successive win for CSK would give them massive confidence going ahead in the tournament. They are in second place in the points table and things look promising for Dhoni’s army at this point in time.