Leading the side from the front, KL Rahul scored a fine 91* off 57 deliveries and guided Punjab to a stiff 179/5 in their 20 overs. 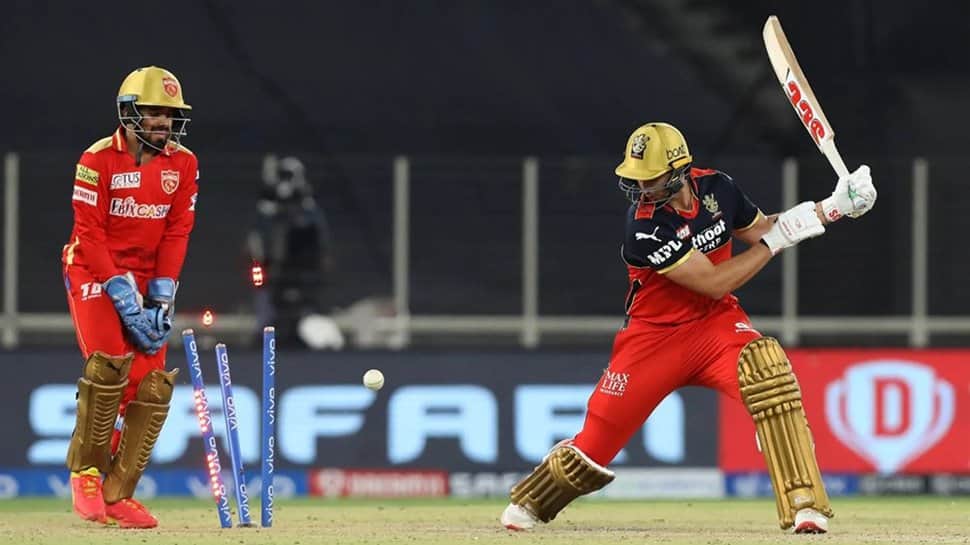 A fine effort by KL Rahul and rookie all-rounder Harpreet Brar powered Punjab Kings to a 34-run win against Royal Challengers Bangalore in their Indian Premier League clash at the Narendra Modi Stadium in Ahmedabad on Friday.

Leading the side from the front, Rahul scored a fine 91* off 57 deliveries and guided Punjab to a stiff 179/5 in their 20 overs.

The @klrahul11-led unit beat #RCB by 34 runs to register their third win of the #VIVOIPL.  #PBKSvRCB

Brar, who hit a six in the final delivery of the Punjab innings, then wrecked havoc with the ball and finished his four-over quota with impressive figures. The 25-year-old conceded just 19 runs and picked three wickets, removing RCB's top-rated trio - Virat Kohli, Glenn Maxwell, and AB de Villiers - from the middle.

After being put to bat, Punjab got off to a dreadful start as 20-year-old Prabhsimran Singh, who was roped in the place of regular opener Mayank Agarwal was dismissed cheaply on 7 by Kyle Jamieson.

Following his dismissal, 'Universe Boss' Chris Gayle joined skipper Rahul in the middle and the Windies cricketer straightaway took the charge. The left-handed batsman smashed four boundaries in Jamieson's next over, making his intentions clear.

Different teams, but the bond and friendship will remain the same forever.

The pair added 80 runs for the second wicket, before Gayle was removed by Daniel Sams on 46 off 24 deliveries. After his dismissal, Rahul kept the scorecard ticking, while others failed to assist the skipper from the other end.

Nicholas Pooran, who is currently going through a rough patch, and Shahrukh Khan were removed on duck, while Deepak Hooda managed just 5 from 9 balls.

Brar then hanged around in the middle and played the perfect second-fiddle, while Rahul did most of the attacking. Batting at an impressive strike-rate of 159.65 and went on to hit seven fours and five sixes. With this effort, Rahul also overtook Delhi Capitals opener Shikhar Dhawan and is now the new Orange Cap holder.

Rahul has so far amassed 331 runs from seven outings, which includes four half-centuries. Dhawan stands second on the list with 311 runs from the same number of matches.

Rahul started off his innings on a cautious note and had just managed to fetch 19 off the first 22 deliveries he faced. However, once he switched gears, the Punjab skipper played at a strike-rate of over 200 and went on to add 72 in just 35 deliveries.

RCB, on the other hand, had a similar start losing opener Devdutt Padikkal early, while he was batting on 7. Rajat Patidar and skipper Kohli then tried to get the run-chase back on track and added 43 runs for the second wicket.

Brar provided the KL Rahul unit with the breakthrough as he cleaned up the RCB skipper on 35 off 34 balls.

Maxwell, who was playing against his former franchise, also failed to rise to the ocassion and was cleaned up by Brar on 0 and De Villiers too was removed by the 25-year-old for 3 off 9 balls.

Towards the end, Harshal Patel did play some powerful strokes and raced to 31 in just 13 balls, but it proved to be too little and too late.