AB de Villers on Wednesday (March 10) hit the nets ahead of his departure to India for IPL 2021. During the session, he hit a fierce shot straight to an iPhone, which was recording the clip from the other end. 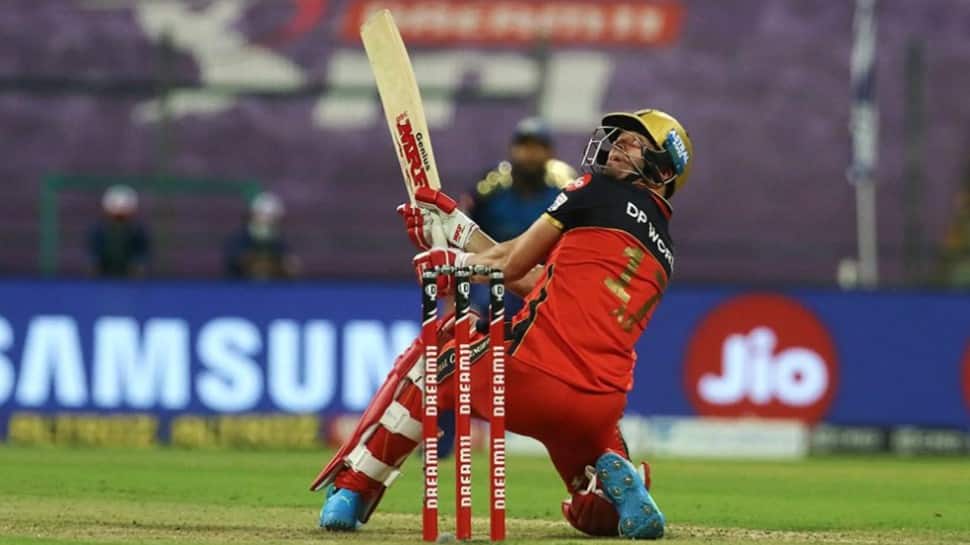 RCB batsman AB de Villiers has begun training before his departure for India for IPL 2021. (Photo: BCCI/IPL)
Share:
Reported By:

Royal Challengers Bangalore batsman AB de Villiers is gearing up for the upcoming 14th season of the Indian Premier League (IPL) in his own unique style. The former South Africa captain will be seen in action in the opening game of IPL 2021 when defending champions Mumbai Indians take on RCB in Chennai on April 9.

De Villers on Wednesday (March 10) hit the nets ahead of his departure to India. During the session, he hit a fierce shot straight to an iPhone, which was recording the clip from the other end. He took to Instagram and shared the video with a caption that read, “Iphone out! @iplt20 prep with Cricket guru @bennie.bester.10 and @krugervanwyk . Thanks manne.”

The fans on social media are loving this video as it has garnered over 838k views within a couple of hours.

The RCB had an impressive season in IPL 2020, reaching the playoff stage before bowing out.  AB de Villiers has scored 4,849 runs in 156 IPL innings. He has a staggering strike rate of 151.91 and earned the nickname of ‘Mr 360’ for his ability to hit the ball in all directions on the field.

In 2020, De Villiers notched up 454 runs in 15 games at an even impressive strike-rate of 158.74 and average of 45.4. The RCB have strengthened their batting firepower with the addition of Australian ‘Big Show’ Glenn Maxwell at the IPL auction last auction last month at a price-tag of Rs 14.25 crore. Apart from Maxwell, the new-look squad of Virat Kohli-led side has big guns like Dan Christian and Kyle Jamieson.

RCB failed to make it to the finals last year as they lost to Sunrisers Hyderabad in the Eliminator.

India vs England: Virat Kohli close to THIS massive record in T20 cricket