The high point of Harshal Patel’s IPL career came on Friday (April 9) night, when he became the first bowler to pick up a five-wicket haul against Mumbai Indians, who are the defending champions of the IPL. 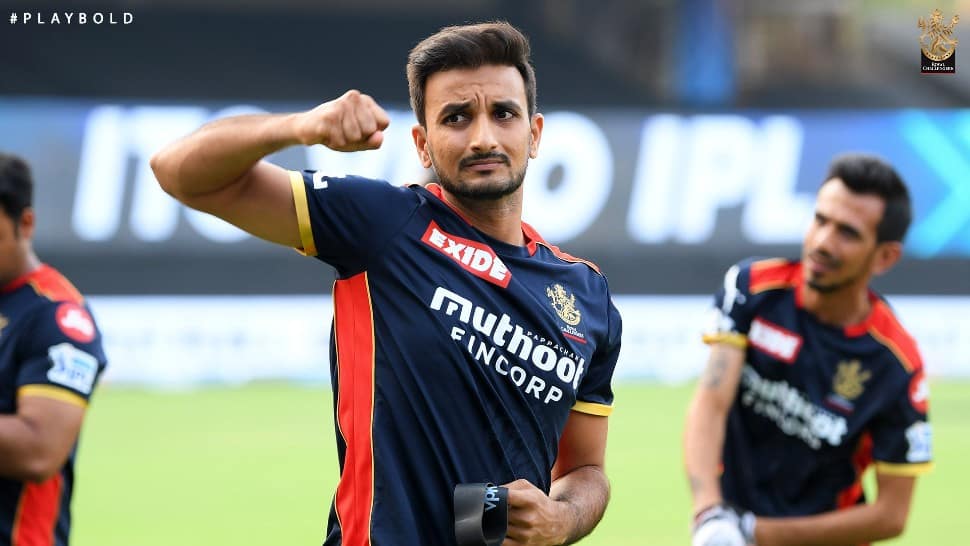 Haryana and now Royal Challengers Bangalore paceman Harshal Patel has been plying his trade in the Indian Premier League (IPL) for over nine years now. Over the nine years, Harshal has only appeared in 49 games for franchises like Delhi Capital and RCB.

The high point of Harshal’s IPL career came on Friday (April 9) night, when he became the first bowler to pick up a five-wicket haul against Mumbai Indians, who are the defending champions of the IPL. Harshal picked up 5/27 with the ball and was instrumental in RCB’s upset win over MI in the IPL 2021 opener.

On Tuesday (April 13), ahead of their second game against Sunrisers Hyderabad in Chennai, Harshal revealed the years of pain and doubt he had to endure over the years.

“Till the year 2018, people didn’t take a lot of interest in me because they primarily saw me as a bowler. I took it as an insult and started working on my batting as well. I am not someone who is technically sound but if I can score runs in difficult situations and prove my worth as an all-rounder, I will be happy,” Harshal said during a virtual interaction on Tuesday.

Returning to RCB under Team India skipper Virat Kohli is like a ‘second coming’ for Harshal. Kohli has put faith in 30-year-old Gujarat-born Haryana paceman to be the ‘death bowler’ for the franchise.

“I want to be bowler who takes on responsibility for his side. Rather than being a burden, I consider this as a privilege,” Harshal, who has picked up 51 wickets from 49 IPL games till date, said.

“It is good that Kohli has designated the role for me as clarity is always good. It helps in mental as well as skill preparation ahead of any game,” he added.

Kohli isn’t the only one to put faith in uncapped pace bowler like Harshal. On Monday (April 12) night, Punjab Kings skipper chose Arshdeep Singh to bowl the final over with Rajasthan Royals needing 13 runs to win.

“It is a good trend that captains are realizing that even uncapped Indian bowlers can take up responsibility in crunch situations in IPL games,” Harshal felt.

With the T20 World Cup set to take place in India later this year, Harshal is not looking too far ahead and dreaming about a berth in the squad.

“Selection for the T20 World Cup is out of my control. I can only try and perform in every game that I get to play in IPL 2021 and try to win as many games as possible for the franchise,” the RCB paceman said.