While Jasprit Bumrah is with the IPL defending champions MI team, Sanjana is part of the host broadcasters Star Sports bio-bubble being part of the 18-member presenters’ team. 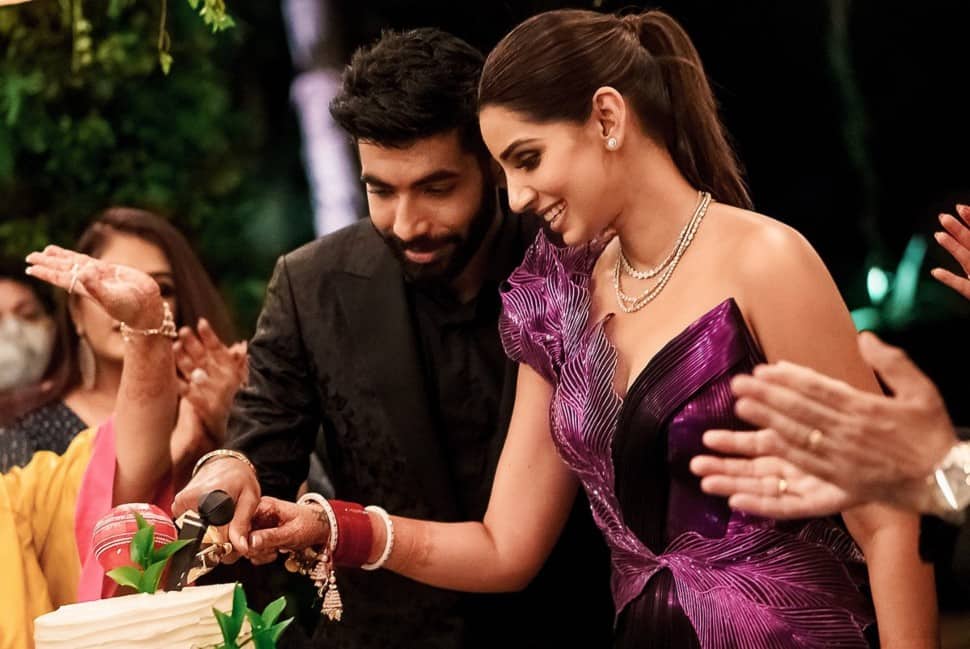 Now with the Indian Premier League (IPL) 2021 getting underway from April 9, the celebrity couple have gone their own separate ways into different bio-bubbles due to the ongoing COVID-19 pandemic. While Bumrah is with the IPL defending champions MI team, Sanjana is part of the host broadcasters Star Sports bio-bubble being part of the 18-member presenters’ team.

On day of her one-month marriage anniversary, Sanjana Ganesan tweeted, “missing the husband and that cake a little extra today #SanjanaWithASnackAndDessert @zegnaofficial”

One month of love, belly laughs, silly jokes, long conversations and peace. One month of being married to my best friend. pic.twitter.com/yraFiVTciM

The couple had solemised their relationship in a traditional gurudwara wedding. IPL franchise Mumbai Indians, the team for which Bumrah plays in the lucrative T20 league, had then posted the pictures of couple with the caption, "Bumrah bowled over by Sanjana. Here's wishing love, laughter and a happily ever after for Jaspritbumrah93 and SanjanaGanesan."

Ganesan had returned to work after marriage during the limited-over series between India and England last month. Meanwhile, her husband Bumrah resumed his cricketing duties with Mumbai Indians and has been spearheading their attack.