It was a brilliant outing for both the Royal Challengers Bangalore openers- Virat Kohli and Devdutt Padikkal - as the pair steered their side to an emphatic ten-wicket win against Rajasthan Royals in the Indian Premier League clash on Thursday. 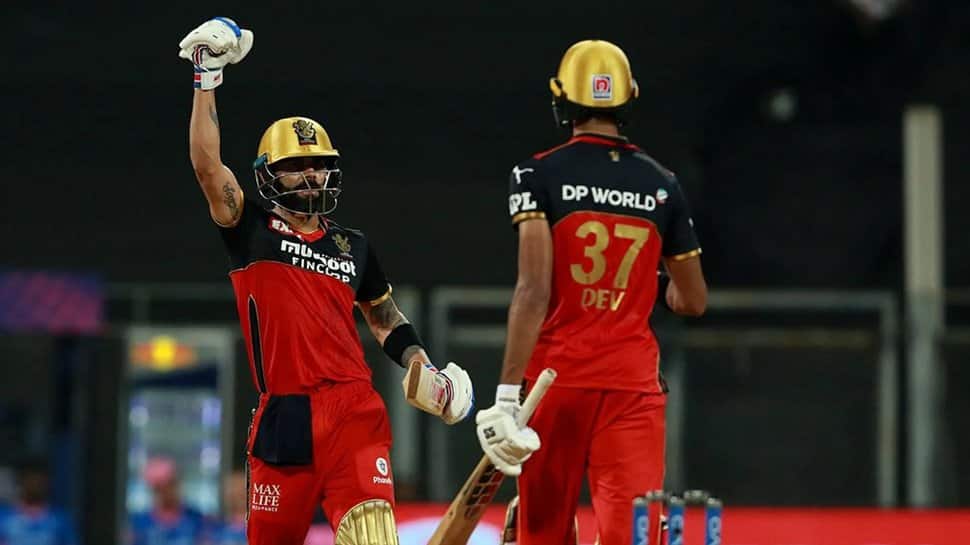 It was a brilliant outing for both the Royal Challengers Bangalore openers- Virat Kohli and Devdutt Padikkal - as the pair steered their side to an emphatic ten-wicket win against Rajasthan Royals in the Indian Premier League clash on Thursday.

During the process, Kohli also went on to become the first player in the history of IPL to breach the 6000-run mark, while his partner Padikkal went on to slam his maiden century in the lucrative T20 league.

Padikkal took 51 deliveries to reach the three-figure mark and he now becomes the third uncapped Indian batsman after Paul Valthaty and Manish Pandey to complete a ton in the T20 league. Batting at a strike-rate of 194.23, Padikkal smashed 11 fours and six maximums in his unbeaten knock of 101 off 52 balls.

Meanwhile, Kohli reached the milestone in his 196th match and now has five hundreds and forty half-centuries under his name. Kohli, who started off playing as the perfect second-fiddle for Padikkal, went on to score 72 from 47 balls, which included six fours and three sixes.

Suresh Raina stands second in the list and currently is over 500 runs away from entering the 6000-run club.

Meanwhile, the pair of Kohli and Padikkal also stitched the highest opening-wicket stand for RCB. The pair added 181 runs for the opening wicket as RCB closed the game in just 16.3 overs. The previous highest opening partnership record of 167 was held by T Dilshan and Chris Gayle, which the pair stitched in 2013.

Earlier in the evening, Rajasthan Royals after being asked to bat first,  endured a top-order collapse before Riyan Parag along with Shivam Dube brought things back in order. Rahul Tewatia then chipped in with a 23-ball 40 cameo, helping Rajasthan pile a challenging 177/9 in their 20 overs.