Chawla was not retained by Kolkata Knight Riders (KKR) despite him bowling more overs than chinaman India bowler Kuldeep Yadav. 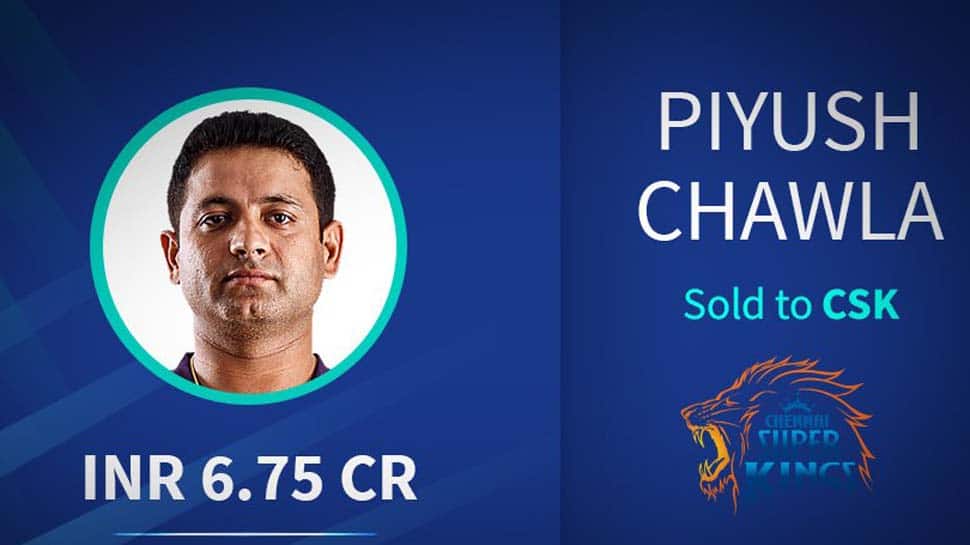 Kolkata: Veteran leg-spinner Piyush Chawla was roped in for a whopping Rs6.75 crore by Chennai Super Kings (CSK), making him the most expensive Indian buy so far in the Indian Premier League (IPL) auction here on Thursday.

Chawla was not retained by Kolkata Knight Riders (KKR) despite him bowling more overs than chinaman India bowler Kuldeep Yadav. But the 30-year old, who had a base price of Rs1 crore, was bought by three-time champions CSK for 6.75 crore.

The M.S. Dhoni-led side saw off competition from Kings XI Punjab and acquired the services of the 2011 World Cup winner, who could be effective on slow tracks at the M.A. Chidambaram Stadium.

Australian pacer Nathan Coulter-Nile was bagged by Mumbai for 8 crore.