The song is named 'Jamaica To India' and Gayle can be seen rapping along with Bantai in the music video. 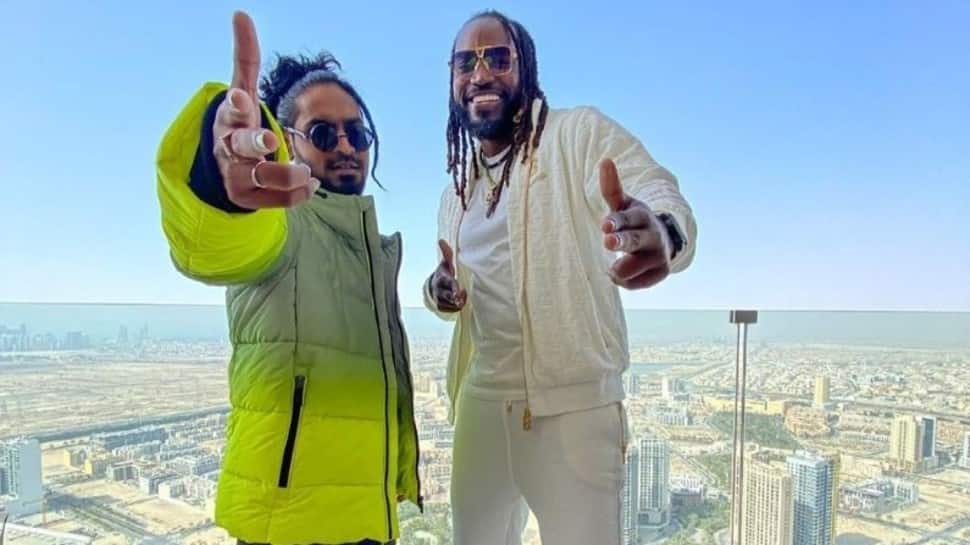 The song is named 'Jamaica To India' and Gayle can be seen rapping along with Bantai in the music video.

Meanwhile, Gayle shared a clip from the video on Twitter and captioned it, "Jamaica To India OUT NOW @emiway_bantai."

Notably, about a week ago, the Jamaican cricketer announced that he will soon be releasing a song with popular Indian hip-hop artist Emiway Bantai.

"From Jamaica to India you know it’s @chrisgayle333 & @emiway_bantai Bro, it was a pleasure meeting and working with you ... you’re such a humble soul super talented and a true professional! I had a blast shooting our song together, can’t wait for it to drop!! Big Respect", the cricketer wrote on his Facebook page.

From Jamaica to india you know it's @chrisgayle333 & @emiway_bantai Bro, it was a pleasure meeting and working...

Gayle, who mostly featured during the latter stage of the IPL in the previous edition held in UAE, amassed 288 runs from seven innings, which also included a 63-ball 99 against Rajasthan Royals.

The self-acclaimed 'Universal Boss' also has the most number of sixes in the tournament. Gayle has so far smashed 349 sixes and is followed by former South Africa cricketer AB de Villiers, who has so far hit 235 sixes.