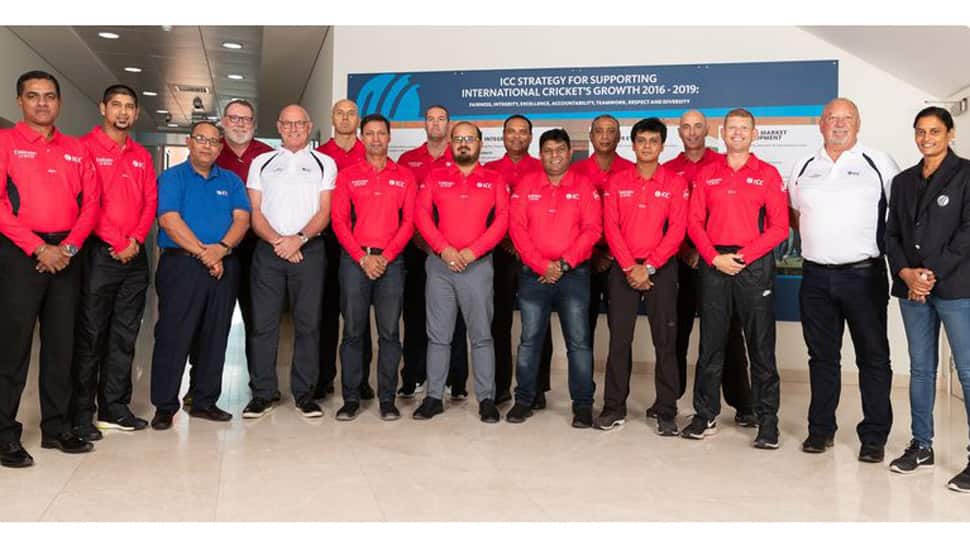 Former New Zealand captain Jeff Crowe and Indian woman referee G S Lakshmi are among the match officials announced by the International Cricket Council (ICC) for the league phase of the ICC Men’s T20 World Cup Qualifier 2019, which is slated to take place from October 18 to Novemeber 2 in the United Arab Emirates.

Lakshmi, on the other hand, will become the first woman match referee to officiate in an ICC event.

Meanwhile, South Africa’s Gerhardus Piennar is the third match referee for the event while 12 umpires are in the list.

Piennar will officiate in the opening match of the tournament between Scotland and Singapore at the ICC Academy Oval 1 Ground, with Roland Black and Ahsan Raza as the umpires.

In the second match at the same venue, between the Netherlands and Kenya, Piennar will team up with umpires Chris Brown and Ravindra Wimalarsiri.

Matches on the same day at the Zayed Stadium in Abu Dhabi will see Lakshmi officiate along with Sam Nogajski and Sundaram Ravi for a match featuring Hong Kong and Ireland.

Crowe, Alex Wharf and Allahudien Palekar will officiate in another match between UAE and Oman later in the day.

Reflecting on the same, Adrian Griffith, ICC Senior Manager - Umpires and Referees, said, “We are committed to appointing the finest officials available for any match or tournament and have done our best to put this team together. This is an important tournament with six teams due to book places in next year’s T20 World Cup and I am confident our officials will do a fine job. I wish them all the best.”

Here is the full list of match officials for the ICC Men’s T20 World Cup Qualifier 2019:

Trevor Hohns reveals how Tim Paine was made Australia captain