South African fast bowler Kyle Abbott, who recently registered the best first-class figures since 1956, has been roped in by English county club Hampshire in a three-year deal. 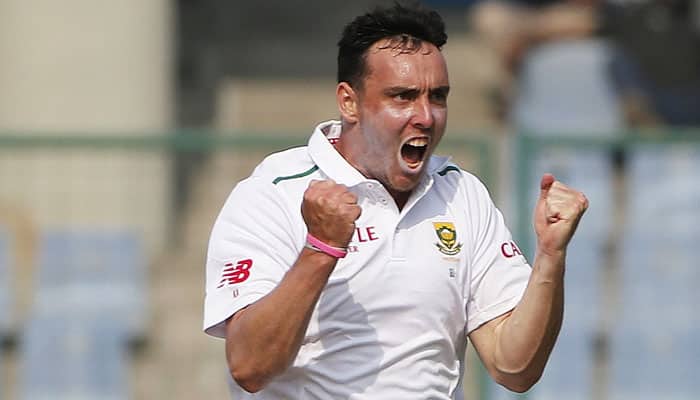 South African fast bowler Kyle Abbott, who recently registered the best first-class figures since 1956, has been roped in by English county club Hampshire in a three-year deal.

Ecstatic to sign a new contract with Hampshire, the 32-year-old, who penned down the first Kolpak deal with the club in 2017, said that he is looking forward to guide his county to glory in the upcoming years.

"I'm delighted to have signed a new three-year contract with Hampshire. We have a great bunch of players and coaching staff all striving to achieve success for the club and I look forward to contributing to winning trophies in the coming years," ESPNcricinfo quoted Abbott as saying.

Abbott further said that he has no regrets regarding his decision to put premature end to his international career.

"No, absolutely not. I haven't from the day I walked away.All I want to do is play cricket and enjoy it. Hampshire have brilliant in giving me a home since that day in early 2017. I love playing here, I love the club, my team-mates, and I couldn't be happier," he added.

Abbott has appeared in just 11 matches for South Africa in the longest format of the game, grabbing 39 wickets at an average of 22.7. He has also bagged 182 County Championship wickets in the last three seasons.

Last week, Abbott registered the bowling figures of 17 for 86, which was the best ever for Hampshire and the best overall since England spinner Jim Laker claimed 19 for 90 against Australia in 1956.