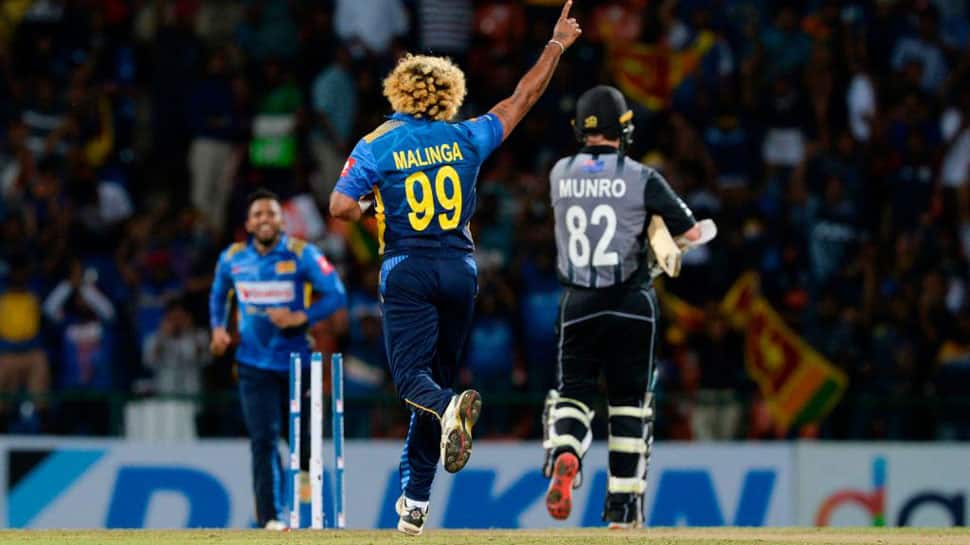 He achieved the feat in the team`s first T20I match of the three-match series against New Zealand. The 36-year-old scalped the wicket of Colin de Grandhomme in the 14th over of the Kiwi innings to achieve the feat.

With this wicket Malinga brought his tally to 99 wickets, surpassing Afridi`s total haul of 98 wickets. Earlier in the match, the pacer had also dismissed Colin Munro to equal Afridi`s record.

In the match between New Zealand and Sri Lanka, the latter posted a score of 174/4 in the allotted twenty overs.

Openers Mendis and Kusal Perera provided a steady start to Sri Lanka`s innings as the duo played in an aggressive manner, stitching up a partnership of 41 runs, but their stint at the crease came to a halt as Kiwi skipper dismissed Perera (11) in the fifth over.

Avishka Fernando and Mendis put up a brief 27-run stand, but the former was dismissed after scoring just ten runs by Mitchell Santner in the 10th over, reducing Sri Lanka to 68/2. Niroshan Dickwella came out to bat next and he provided support to Mendis at the crease and the duo kept scoring at a brisk pace and Sri Lanka reached a score of 114/2 in 15 overs.

In the last five overs, both batsmen started to look for big shots and they rapidly increased the run-rate of the team. Mendis and Dickwella ended up having a partnership of 63 runs. Mendis (79) was finally sent back to the pavilion by Kiwi skipper Southee, reducing the Islanders to 131/3 in the 17th over.

The Kiwis kept a check on the scoring rate in the final overs, and Dickwella (33) was sent back to the pavilion via a run-out in the last over, reducing Sri Lanka to 159/4 with three more balls left to play.

Isuru Udana smashed 15 runs off the final three balls of the innings to take Sri Lanka`s score past the 170-run mark. However, New Zealand managed to register a win after being handed a target of 175, emerging victorious by a margin of five wickets in 19.3 overs.