The two-match series against Sri Lanka will mark the commencent of New Zealand's campaign at the International Cricket Council (ICC) World Test Championship. 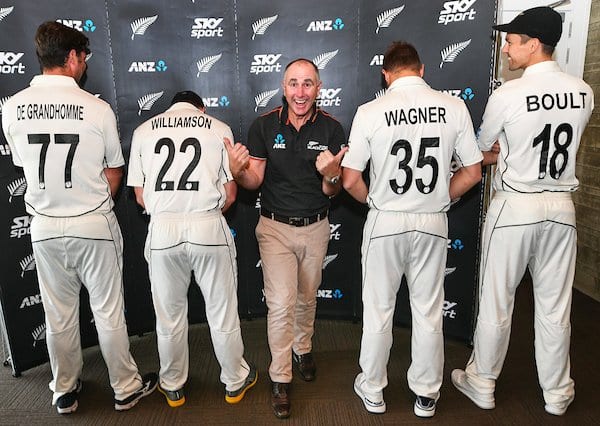 The New Zealand Cricket (NZC) on Monday revealed the jersey numbers that the players will be donning during the two-match Test series against Sri Lanka, beginning August 14 at the Galle International Stadium.

While Williamson will be wearing the shirt of number 22, fast bowler Trent Boult, Colin de Grandhomme and Neil Wagner will be donning the jersey number 18, 77 and 35, respectively.

The full list of shirt numbers for the #SLvNZ Test squad.

The two-match series against Sri Lanka will mark the commencent of New Zealand's campaign at the International Cricket Council (ICC) World Test Championship.

Earlier, the ICC had introduced the idea of printing names and numbers on the Test jerseys as an initiative to help fans connect more with the players. England and Australia became the first countries in the history of the longest format of the game to don jerseys with the names and numbers during the ongoing Ashes series.

The full New Zealand squad for Sri Lanka series is as follows: