Clive Lloyd scored a quick-fire 85-ball 102 runs to help the Caribbean side post a score of 291/8 in their stipulated 60 overs. 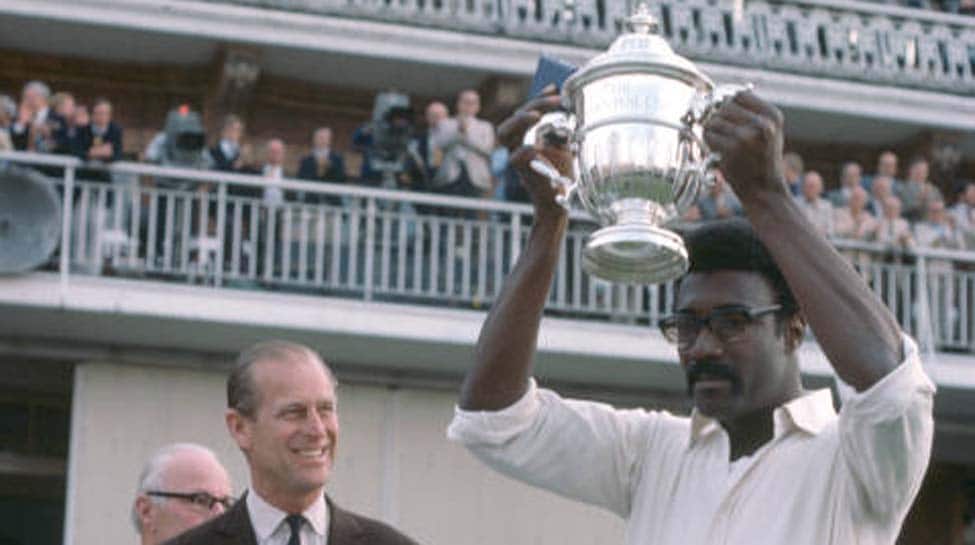 On this day in 1975, West Indies defeated Australia by 17 runs to win the inaugral edition of the International Cricket Council (ICC) World Cup at Lord's in London.

The ICC took to its official Twitter handle and informed its followers that Clive Lloyd smashed a blistering knock of 102 runs while Keith Boyce bagged a four-wicket haul to help the Caribbean side seal a victory.

Australia won the toss and elected to field first during the final clash of the prestigious event.

After West Indies lost their opening three wickets cheaply, Rohan Kanhai (55) smashed a calm and composed half-century before Clive Lloyd scored a quick-fire 85-ball 102 runs to help the Caribbean side post a score of 291/8 in their stipulated 60 overs.

For Australia, Gary Gilmour was the pick of the bowlers for the side with brilliant figures of five for 48.

Besides him, Jeff Thomson and Dennis Lillee also contributed with two and a wicket, respectively.

In reply, Boyce claimed a four-wicket haul while Vivian Richards made three run outs to help West Indies bundle out Australia for 274 runs and emerge vicrotious in inaugural edition of the showpiece event.

Alan Turner (40) and Ian Chappell (62) were the top scorers for Australia.

Llyod was declared 'Man of the Match' for his brilliant show with the bat.